The construction of the Italian nation state was one of the primary national movements in Europe during the nineteenth century. Initially driven by patriots opposed to the European order of the Congress of Vienna, it was later harnessed by the Piedmontese monarchy, which in 1848 transformed a community-based project into a territory-based one, with itself at the head. However, the limits of this national movement, revealed by the numerous conflicts that marked the Italian peninsula during the 1860s, called the national policy of a united Italy into question; opposing the monarchy’s efforts, which were deemed insufficient, were the development of alternative conceptions of the nation that sought to defend its role in the highly recomposed international order of the late nineteenth century. The actors that the Risorgimento mobilized, in addition to its chronology and limits, were connected to powerful transnational dynamics, and were emblematic of the processes on which the construction of European nation states were based during the nineteenth century. 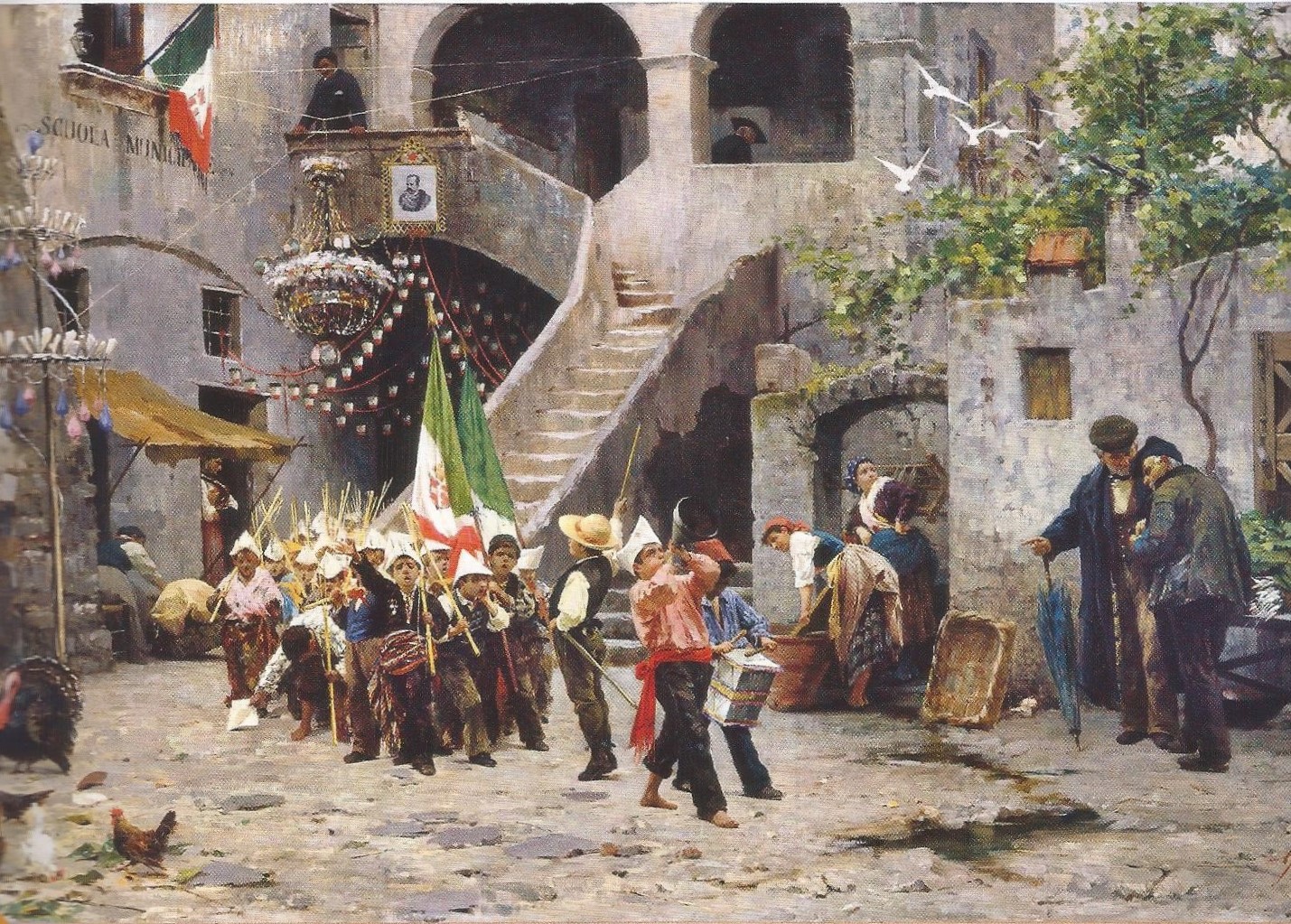 The construction of nation states was one of the primary political dynamics of the nineteenth century in Europe, in a diplomatic context highly determined by the Congress of Vienna (1814-1815). The case of Italy helps to better grasp the methods, temporalities, and limits of national construction in Europe at the time.

In a context that saw the restoration of the traditional monarchies of the Italian states in 1815, the construction of the Italian nation was firstly that of an imagined community united by converging cultural and historical dynamics. The movement that its own actors referred to as the Risorgimento from the 1840s onward—that was the name of the newspaper founded by Camillo Benso di Cavour (1810-1861) in Turin in December 1847—consisted of a call to “resurrect” Italy, and was shrouded in strong religious legitimacy. For all that, the movement should be understood as a longer-term process whose beginnings stretch back to the late eighteenth century. While the notion of an Italian nation spread during the years of Napoleonic domination (1796-1814), it struggled to maintain momentum during the restoration. Its supporters joined a European movement opposing the Congress of Vienna, and took part in foreign revolutions (Spain, Greece) that they saw as laboratories for a possible revolt in Italy. National construction was conditional on liberating the territory, and benefited from European circulations in which Italian subjects in exile in France and Great Britain played an important role.

The Revolutions of 1830 and 1848 were two major stages in the affirmation of projects for Italian independence and national union, as well as for other European nationalities (Germans, Poles, Hungarians). They were largely driven by democrats, such as Giuseppe Mazzini (1805-1872) from Genova, who founded Young Italy in 1831 while in exile in Marseille. However, the Mazzinian branch was not representative of all of the demands made by Italian patriots, struggling to take hold in the Kingdom of the Two Sicilies where national projects continued to be based on locally mobilized actors and practices. The 1840s saw the development of a religious imagination of the nation, especially among moderate liberals with whom the theories of the priest from Turin, Vincenzo Gioberti (1801-1852), had particular resonance, and for whom Italy had to be established as a federation united around the papacy. Pope Pius IX, who was elected in 1846, was initially highly popular among Italian patriots—before his conservative turn starting in the spring of 1848—which enabled the papacy to be associated with the national movement.

After the widespread failure of the revolutions of 1848, the movement for Italian independence was gradually harnessed by the Piedmontese monarchy around King Victor-Emmanuel II of Italy and his minister Cavour. They built, alongside the democratic path of national construction, a monarchical path based on political and economic liberalism. Its success can be explained by the deployment of broad cultural propaganda through the crucial involvement of artists and writers, with the opera composer Giuseppe Verdi (1813-1901) being one of the most important. The Italian ambitions of the Piedmont were presented in the form of a territorial project, which would initially proceed by annexing Lombardy and the Kingdom of the Two Sicilies (1860), then Lombardy-Venezia (1866), and finally the Papal States in the aftermath of the capture of Rome (1870). Wars subsequently played a fundamental role in Italy’s unification, whether they opposed supports of Italy against military occupiers (Austria), or with their own compatriots hostile to national construction. They consecrated the role of military heroes such as Giuseppe Garibaldi (1807-1882) from Nice, who was the subject of popular devotion that extended beyond the Italian peninsula and made him a leading figure in national and democratic struggles across Europe.

However, increasingly radical opposition to the new nation state appeared in the wake of the proclamation of the kingdom of Italy in 1861. What emerged more generally was the incompatibility of the Italian project sought by the Piedmontese monarchy with an Italian society unevenly won over to the national cause. The watchword attributed to the Piedmontese patriot Massimo D’Azeglio in 1861—“We have made Italy. Now we must make Italians.”—explains the monarchy’s early implementation of a policy of nationalizing the masses. School was a key instrument in this measure, and was the subject of an effort of legal normalization (Casati law of 1859 and Coppino law of 1877), which was applied to all of Italian territory in order to teach the Italian language and patriotism to young children. Initiatives in civil society strengthened this measure, such as the primary Italian school novel Cuore, which was published in 1883 by the Piedmontese Edmondo De Amicis (1846-1908). The monumental policy initiated by the new state, whose primary production was the mausoleum in honor of Victor-Emmanuel II inaugurated in Rome in 1911, was in keeping with this same perspective of nationalizing Italian society.

However, these efforts to construct a truly unified Italian community were both the consequence and the limitation of the unfinished nature of national construction, of which the war waged by the bandits of the Mezzogiorno in the 1860s was one of the most significant episodes. The bureaucratic and centralized character of the new Italian state stood in contradiction to the local functioning of traditional social structures. It explains the success of the mafia, which developed during the 1860s as a local and clientelist counter-society against which local public authorities proved powerless. The difficulty in controlling the Italian territory in the face of such opposition, mostly located in the southern half of the peninsula, explains the gradual displacement of the kingdom’s capital, which was initially located in Turin (1860), and later in Florence (1865) and Rome (1870). For that matter, like Garibaldi some democrats denounced the fact that the monarchy had twisted the national ambitions of patriots for its own benefit. Beginning in the late 1870s, a number of actors—some democrats such as Garibaldi, but also the nationalists that made up an emerging political movement on the right—regretted the incomplete national construction that had failed to include all Italians. Irredentist projects, which were initially envisioned on the scale of the Mediterranean and later that of the Balkans, reflect this phenomenon, as do the calls in Italy to embark upon the colonial competition in Africa, or the desire to be included in the larger community of “Latinity” beginning in the 1880s. In a European order increasingly marked by the competition of alliance systems, this community represented a defensive tool seeking to preserve a threatened nation.