From the early modern period to the nineteenth century, Mediterranean red coral was a medium for various kinds of exchange for Europeans throughout the world. Whether it was raw or worked, this merchandise helped intensify Euro-Asiatic commercial relations, and could also be part of circuits for the African slave trade. Mediterranean red coral also highlights the ambivalent character of the first globalization built and animated by Europeans. 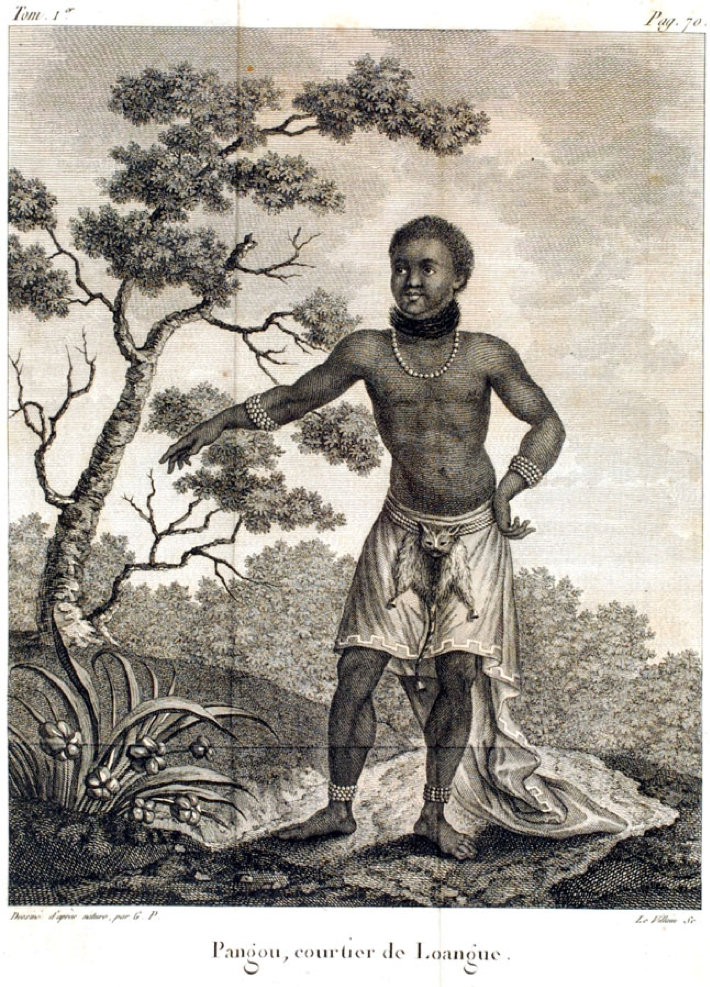 During the early modern period, Corallium rubrum (Linnaeus, 1758), a coral species almost endemic to the Mediterranean Sea, was a merchandise diffused in Europe by European merchants, and was also shipped to various parts of the world. Whether it was raw, polished or transformed into beads, displayed in cabinets of curiosities, or used as jewelry, amulets, or prayer beads, for Europeans it was a medium of various kinds of exchange with Africa and Asia. Mediterranean red coral was at the center of major circuits of the first globalization, for better, with the intensification of intercontinental commercial relations, and for worse, with the black slave trade and slavery.

At the origin of the European establishment in North Africa

Europeans became connected to the African continent through coral fishing. From the late Middle Ages to the early nineteenth century, the product was the object of bitterly-disputed fishing privileges in the Western Mediterranean, notably along coasts rich in deposits, such as the Algiers and Tunis regencies. During the mid-fifteenth century, the Catalan Rafael Vives founded a first trading post on the island of Tabarka 100 km west of Tunis, and initiated a practice later adopted by the Genovese, Sicilians, and Provençaux. The increasing importance of coral fishing along North African coasts led to the creation of major companies by Europeans, as well as the attribution of exploitation concessions by the Barbary States. A few Provençal and Italian families made a fortune in coral from the Maghreb, such as the Lenche during the sixteenth century, who were Marseillais of Corsican background and founded the Grande Compagnie du corail des mers de Bône in 1551, with two strongholds established in La Calle and Massacarès. At the same time, the Geovese Lomellini and Grimaldi gained control over the island of Tabarka and founded a permanent establishment there. Until the nineteenth century, Algerian and Tunisian coasts remained the center and exclusive domain of coral fishing for Europeans. Coral from the Maghreb, which was added to the yield from fishing the rocky coasts of Southern Europe, was primarily fashioned in workshops located in the Italian states and Provence (Genoa, Livorno, Marseille, and Cassis). During the eighteenth century, the Livorno mill belonging to the Attias, as well as La manufacture royale de Marseille, emerged as the emblematic establishments in this area of activity.

A European export article toward Asia

One of the “seven precious materials” of Buddhism, and including different types of uses ranging from mysticism to a marker of social belonging, coral was a sought-after product in Asia. Beginning in the seventeenth century, the increasing connections with this continent and growth in trade volume enabled Europeans to take full advantage of this enthusiasm. At the time coral was, along with silver, among the rare items of European merchandise greatly enjoyed in Asian markets. The men stationed at the English East India Company’s trading posts in the Indian Ocean emphasized this, as did those of Surate for example, who in 1639 declared: “coral is the most stable and sellable merchandise produced by Europe.” For the English, Portuguese, Spanish, French, Dutch, Swedish, and Imperials, it was a reliable and profitable export article, which lessened the chronic trade deficit with the East.  The seventeenth and eighteenth centuries were the key moment in the export of coral to the Ottoman Empire, Persia, India, China, and Tibet. Two paths of circulation and two community-based merchant networks, who were in competition with one another, dominated this Euro-Asiatic trade from Livorno and Marseille. The Sephardic Jews were more active on the transoceanic route. Through their establishment in London and Madras, they chiefly worked with the East India Company by obtaining export licenses from the company. They also used the Carreira da India, and sometimes sold their merchandise with the collaboration of Italian merchants from Lisbon and Hindus from Goa. Armenians, especially those from New Julfa (Isfahan, Persia) who had settled in Marseille, preferred proceeding through the “échelles du Levant” (Ottoman ports, Aleppo and Smyrna) and land caravans. While they were rivals, these two networks were nevertheless complementary. Mediterranean coral served as an object of barter and payment in Asia. It favored the arrival in the West of silk from Persia, floral indienne from the coast of Coromandel and Bengal, diamonds from Golconda, musk from Tibet, and porcelain from China. It integrated highly distant cultures and helped make Euro-Asiatic markets denser.

Merchandise of the black slave trade

The history of the coral that was collected, worked, and sold by the Italians and Provençaux also had a tragic side, as it played a discreet but real role in slavery, the black slave trade, and triangular trade, notably during the seventeenth and eighteenth centuries. Coral was “the best kind of merchandise brought into the cargo of a slave ship,” wrote Augustin Chambon in 1764 in his book Le commerce de l’Amérique par Marseille. It was one of the articles sought in a system of trade that enabled Europeans to provide the servile labor on which the plantation economy of the American colonies was based (sugarcane, coffee, cotton, etc.). Along the Gulf of Guinea, between Senegal and Niger, and then along the coasts of Angola and East Africa (Zanzibar, Mozambique), it served as a gift or an enticing product for the Portuguese, British, Dutch, and French to initiate contacts with local dignitaries and authorities. It was also and especially used in barter—along with gunpowder, mirrors, glassware, and hardware—to pay for slaves. In Angola in 1706, a man from that country traded himself for two ounces of coral. In Benin in the late eighteenth century, a coral necklace allowed Europeans to take a slave for the Americas. During the early modern period, some of the outlets for Italian and Provençal coral mills consisted of varying shaped beads, which were delivered to major slave trading ports (Liverpool, Nantes, Lisbon, etc.), and shipped by the major European companies engaged in what would later become the “shameful traffic,” such as the British Royal African Company and the French companies for Senegal and Guinea.

During the nineteenth century, attacks on the slave trade and slavery in the world dealt a blow to the use of this commodity in merchant exchanges with Africa. At the same time, the difficulties connected to its fishing in the Mediterranean after centuries of intensive exploitation, in addition to a new species available on international markets, Corallium japonicum (Kishinouyi, 1903), brought an end to the golden age of this singular branch of commerce for Europeans.