When the first sport organizations developed in Europe in the early twentieth century, they carefully excluded women. The International Women’s Sports Federation was created in 1921, but was brought to an end in 1936 through the action leaders at the IOC and the world of athletics, who wanted to regain control over women’s sport. After the war, female athletes were included in federations directed by men, some of which supported the emergence of women leaders in the world of sport from the 1960s onward. Today there are more women leaders in sport, although depending on the area of Europe their presence remains both in the minority and unequal, and is often essentially symbolic in nature. 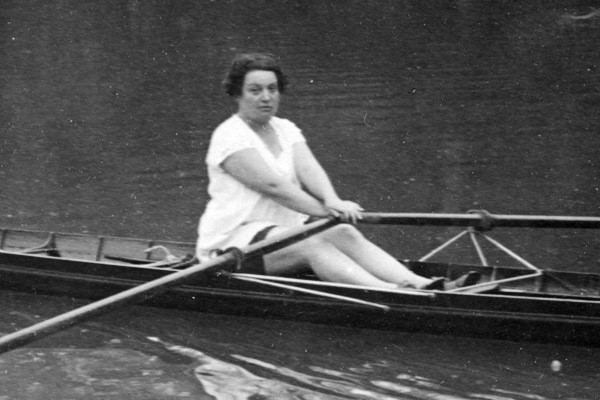 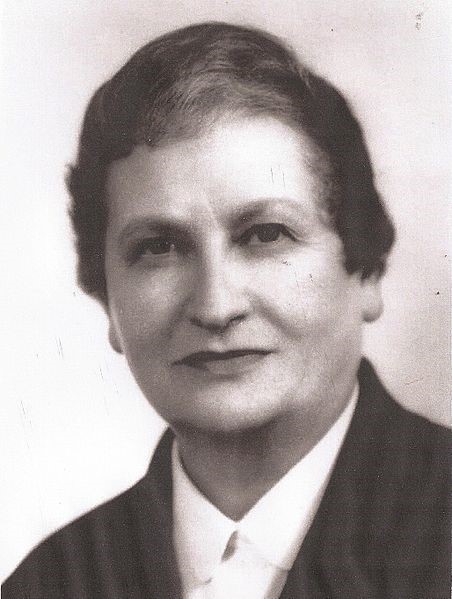 Marie-Thérèse Eyquem (1913-1978), President of the International Association of Physical Education and Sport for Girls and Women from 1961 to 1965, circa 1950. Archives Fédération sportive et culturelle de France (Archives of the Sport and Cultural Federation of France). Source : Wikimedia Commons

The sports that developed in Europe during the second half of the nineteenth century were organized by and for men, in both the first sport societies as well as later with national and international federations. Women were carefully excluded, incidentally making sport a male affair.

The creation of the Olympic Games and the International Olympic Committee (IOC) by Pierre de Coubertin in 1894 accelerated the institutionalization of sports. International events prompted the creation of the first international federations during the first two decades of the new century, essentially by Europeans. In 1905, the International Congress for Sport and Physical Education, which was held in Brussels by the IOC, tentatively raised the question of women. Two Belgian women were also part of the assembly, the journalist Renée Gange and the doctor Kritchevsky. Women’s sport was still nascent, with the “weaker sex” being limited to medical or aesthetic gymnastics in lieu of sports requiring so-called “virile” qualities.

The presence of seventy doctors and physical education (PE) instructors at the International Congress of Physical Education held in Paris in 1913 provided a glimpse of a hygienist PE for girl’s schools in Western Europe, Scandinavia, and to a lesser degree Eastern Europe. Sport for women was not yet a consideration, although many women’s clubs emerged due to the distance of men during the Great War. In 1917, the Fédération des sociétés féminines sportives de France (Federation of Women’s Sport Societies of France) was created by three men. Two years later, influenced by the feminist ideas of her time, Alice Milliat (1884-1957) took the helm and for the first time demanded that women manage female athletes. Facing the threat of international women’s competitions being controlled by male athletic federations, she decided in 1921 to found the first international women’s sport federation with its own “Olympic Games,” once again demanding female management. While she was the only woman in Europe to head a national women’s sport organization, she succeeded in becoming its president and surrounding herself with women, who represented half of the steering committee: Ms. Reymond (Switzerland), Ms. Bonaretti (Italy), Ms. Becker (United States), and Ms. Delapierre (France). Czechoslovakia and England were represented by men. The four editions of the Women’s World Games enjoyed increasing and entirely respectable success given the generally hostile environment to competitions for women: the games brought together 80 athletes from 5 countries in Paris in 1922, and 270 athletes from 19 different nationalities in 1934. However, after fifteen years of existence and the support of thirty countries, the international federation was brought to an end by the actions of leaders at the IOC and the world of athletics, who wanted to regain control over women’s sport.

After the Second World War, female athletes were included in men’s federations led by men. In a context of reconciliation among countries divided by war, sports and sport leaders were seen as effective diplomatic representatives, which facilitated the creation in 1949 of the International Association of Physical Education and Sport for Girls and Women (IAPESGW). The association’s founding congress, which was organized in Copenhagen by Agnete Bertram (1893-1984), brought together representatives from 24 countries allied to the United States, and gave the floor to women. After an initial US leadership, the IAPESGW began a long period of European presidencies between 1961 and 2005, with the Frenchwoman Marie-Thérèse Eyquem (1913-1978), the West German Liselott Diem (1906-1992), the Austrian Helene Tollich (1916-2017), and the Britons Patricia Bowen-West (1926-) and Margaret Talbot (1946-2014). This association led by women encouraged physical education and sport practice for all women everywhere. Under US influence, it promoted women taking charge of their own physical activities, and helped to promote the emergence of women leaders.

Eyquem believed they should follow the example of the International Gymnastics Federation (FIG) under Swiss presidency, which made significant progress after feminizing its management: women must have a role in organizing competitive sport and take charge of their own activities independently. However, IAPESGW and FIG were exceptions, and international sport organizations left little room for women leaders, at a time when competitive sport for women was reborn in the context of a Cold War “race for medals” as well as the revival of international feminism. Male supervision nevertheless curbed development, as priority was given to men in the allocation of both budgets and facilities.

Thanks to the initiative of women sport leaders, sport federations and public policies began to address the presence of women in the world of sport, as did the Council of Europe beginning in 1963. At the initiative of the Swedish government and the leader Inga Löwdin (1917-2008), a “Sport and Women” conference was held in 1967 in Stockholm with a view to including women in reflections and encouraging “sport for all.” European leaders such as Domnitsa Cavounides (1914-2011) of Greece, Mary Duggan (1925-1973) of Britain, and Yvonne Surrel (1912-2003) of France participated with forty representatives from member countries.

Despite these advances, which were sometimes followed by public policies promoting parity (as in Norway in 1984), European sport institutions remained male bastions. In 1980, Monique Berlioux (1923-2015) of France, the first female Director General of the International Olympic Committee, denounced the tiny presence of women at the IOC and national and international federations, which she situated around 0 and 1%.

In 1994, the World Conference on Women and Sport led to the Brighton Declaration, which promoted parity and women’s sport. Despite being signed by a growing number of institutions, the international response remained tentative. Male leaders were reluctant to radically change the composition of senior management, believing that women’s small presence was the result of their individual choices rather than gendered social hierarchies. According to a 2015 report from the European Institute for Gender Equality, women represent on average 14% of steering committees in European sport federations, with major disparities between a Northwestern Europe that is somewhat less unequal (between 14 and 20% from Austria to the Netherlands, with only Sweden surpassing 40%) and the rest of the European Union (less than 14%, from Poland to Portugal). Women occupy just 17% of positions of power in international federations.

For all that, while the rare women in international sport institutions attest to a policy of inclusion, they especially have a symbolic status, and are highlighted without their presence being the sign of a genuine change in gender policy among international sport organizations.

Castan-Vicente, Florys, “International intellectual exchanges, women and sports: the International Association of Physical Education and Sport for Girls and Women between 1949 and the 1970s,” Sport in History 37 (2017).