Heir to a Europe of sister republics to the Directory, Napoleonic Europe reached its apex in 1810-1811. It gave rise to a mosaic of more or less complete transfers of the French model, as well as a desire for dynastic integration on the part of the Bonapartes. The downward spiral of the continental system, the lack of support of certain elites, notably Catholic ones, and the Grand Empire’s weak resilience in the face of defeats beginning in 1812 account for Napoleon’s fall in 1814. Despite his affirmations at Saint Helena, the failure was due to the imperialism of the Grande Nation as embodied by the emperor. 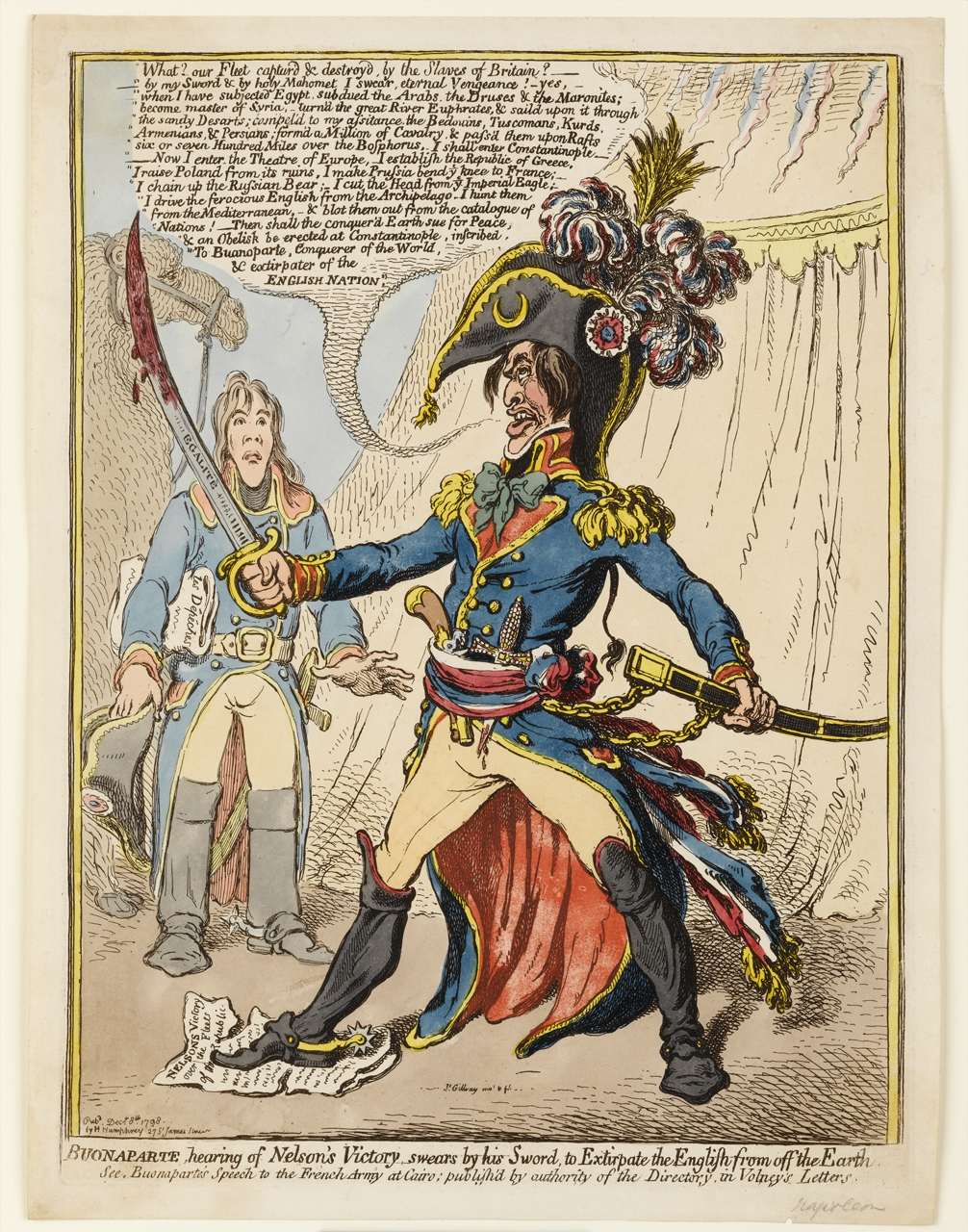 In 1799, Napoleon Bonaparte took the helm of the Grande Nation, which had established “sister republics” in its close vicinity (Holland, Switzerland, Italy). In 1802, following the same logic, Bonaparte reorganized the Italian Republics, and then in 1803 imposed himself as the protector of the Helvetic Republic.

The proclamation of the Empire resulted in the adaptation of other satellite regimes. In 1805, Napoleon himself donned the crown of the Kingdom of Italy. The following year, the Bourbons were driven from Naples, and its throne was offered to his brother Joseph. Holland became a kingdom that was entrusted to Louis. The military victories of 1805-1806 led to the disappearance of the Holy Roman Empire. With Prussia and Austria weakened, Germany was reconfigured as a military buffer zone and a new satellite space. The system relied increasingly on the dynastic domination of the Bonapartes: in 1808, Joseph established himself in Madrid, and was replaced in Naples by Murat. With the treaty of Tilsit signed with Russia in 1807, Great Britain was henceforth the only power opposing French domination.

This is why the continental system developed beginning in 1806. The Berlin Decree (November 1, 1806) proclaimed the blockade of the British Isles. The economic war was meant to suffocate British resistance by closing off its access to continental markets. The need to control European coasts reoriented Napoleon’s diplomatic choices. Beginning in 1807, Napoleon was careful to have Prussia and Russia enter into the continental system. This priority also drove him to increasingly centralize decisions, and to produce legislation regarding ports in an attempt to check growing contraband. This logic went as far as pure and simple annexation if necessary (Rome and the Pontifical States in 1808, Holland and Northern Germany in 1810). Concerned with the support of notables, Napoleon favoured French industry. He made the satellite regions into new markets, even though regional dynamics were present: for instance, the Lombardy drapery industry benefited from the Kingdom of Italy’s expansion from three to seven million inhabitants.

The peak of Napoleonic domination in Europe was around 1810-1811. Although France swelled to 130 départements from the mouth of the Elbe to the mouth of the Tiber, it had in particular a series of states to which Napoleon wanted to transfer the French administrative model, as had been done with the Napoleonic code, “holy ark for which we will give to neighbouring peoples the example of a religious respect” (Bigot de Préameneu).

Civil servants were mobilized to carry out this task, such as de Gerando in Tuscany and Rome, or Mouchard de Chaban in Belgium and Northern Germany. These French administrative elites were moved by the notion that they were playing a civilizing role, similar to Beugnot in Westphalia. Members of local elites also pleaded for the modernization of their country through adoption of the French system (Melzi in the Kingdom of Italy or Schimmelpenninck in Holland). However, reality led to a necessary adaptation to local conditions. For instance, Murat never applied the Constitution that was initially intended, and came to a compromise with landed elites. As Michael Broers has noted, in the end an “inner” empire coexisted with an “outer” one. Napoleonic Europe is a mosaic of more or less intense transfers, pacification, and greater or lesser acceptance of French public institutions and customs. A fairly thorough acculturation in the Western part of the Germanic space or the North of the Italian peninsula stood in contrast to resistance in Southern Europe. The Louis XIV model weighed upon this imperialism, which Napoleon imagined he could make permanent through the union of the Bonaparte family and the crowned heads of Europe, as with his marriage to Marie Louise in 1809.

This domination would nevertheless quickly collapse. Beginning in 1808, deteriorating relations with the pope was a mobilizing factor against the regime. The Grand Empire’s weak resilience was more fundamentally based on other mechanisms.

For instance, Russia’s withdrawal from the continental system precipitated the break with Napoleon. Despite a Grande Armée of more than 500,000 men, including contingents of Austrian and Prussian allies, Napoleon was defeated in 1812. With the economic downturn, the impact of the continental system on European ports was less and less acceptable everywhere. The strengthening of customs controls increased popular discontent, while the economic suffocation of certain regions drove notables to hostility toward France. Yet in France as in the rest of Napoleonic Europe, the system of domination was based on their support for the French project, their collaboration. In the Iberian Peninsula, elites prematurely swung to the opposition against France, making possible the British landing and military operations. In Naples, the rise of the “Italian party” at the expense of the “French party” in Murat’s circle reflects the reluctance to total assimilation of the French model and satellization.

After 1812, it no longer appeared possible to hold the continent solely by force of arms. Despite a new tightening of conscription, French armies were experiencing difficulty. Aside from Catalonia, Spain was entirely lost after the defeat of Vitoria (June 21, 1813). In Germany, despite the spring campaign, the defeat at Leipzig showed the capacity of the Allies to now beat Napoleon on the battlefield. The system of submission and alliance on which the Grand Empire was based began to crack: the (official) entry of Austria in the anti-French coalition in August 1813, double-dealing by Murat in Naples beginning in the autumn, a lack of resilience on the part of the Confederation of the Rhine epitomized by the reversal of Bavaria's alliance, the loss of Switzerland in December... Contrary to the mythicized image of Germany's “wars of liberation,” the fall of Napoleon after the campaign of France was largely related to Napoleon’s inability to accept power sharing in Europe (failure of the Congress of Prague in the summer of 1813).

During the Hundred Days, he tried to explain that he had acted in a well-considered manner, in order to “organize a grand European federal system, which we had taken as being in keeping with the spirit of the century, and favourable to the progress of civilization.” Even in Saint Helena, Napoleon asserted that he had wanted to make Europeans part of “a single and same nation.” Without debating the veracity of this assertion, this “nation” was more French than European.