Liberty and Citizenship in Europe

The Atlantic Alliance was the central part of security in Europe from 1949 to 1989, with France playing its part, then going his own way. Between the seemingly improbable defence of Europe by Europeans and the defence of Europe by NATO, which seems to have won out, France has tried since the end of the Cold War to maintain a form of national independence, strategic autonomy, and privileged contacts, particularly with the British. The Europe of defence based on reinforced cooperation and genuine pooling of resources sill comes up against national choices, for which France does not bear sole responsibility. 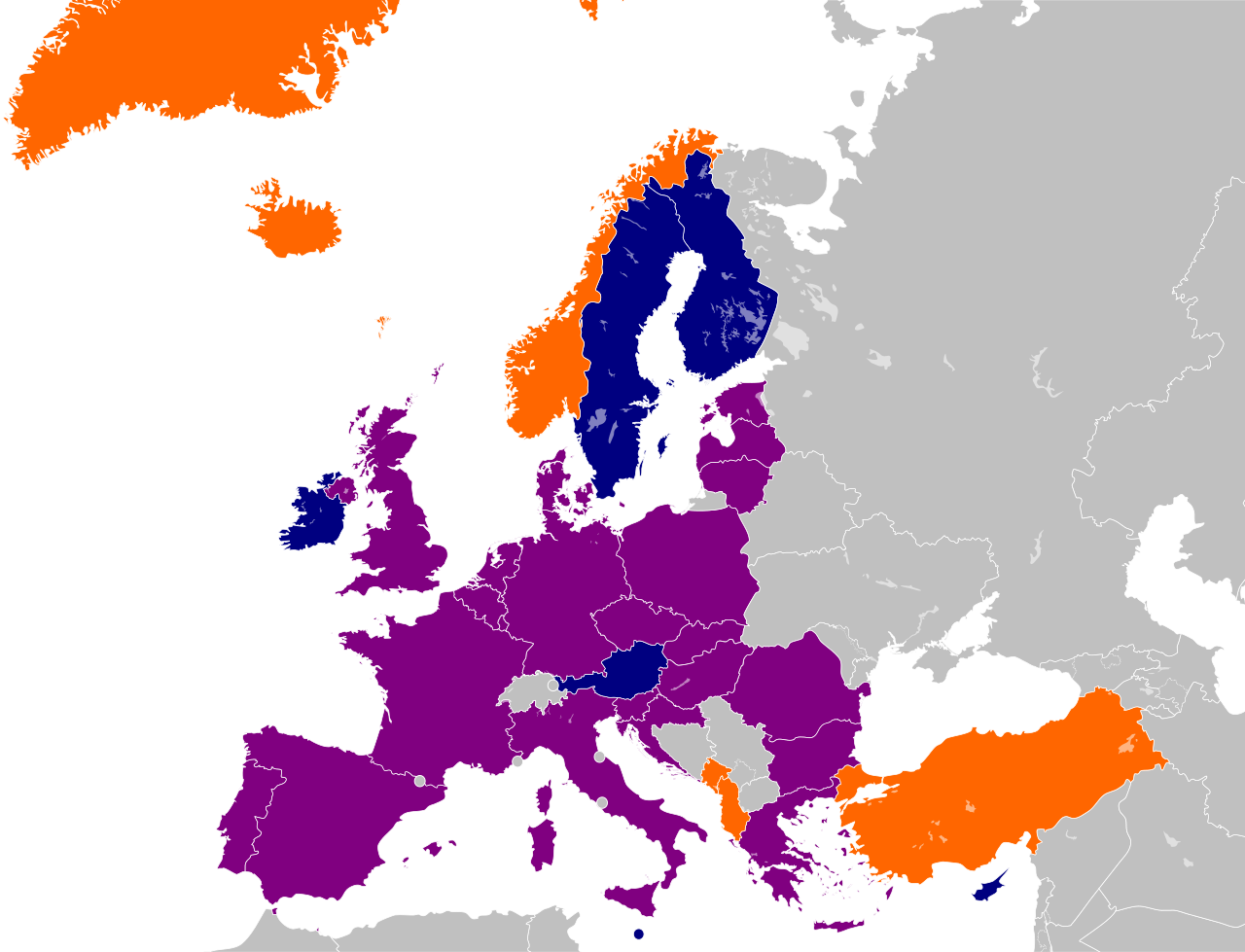 The Atlantic Alliance was the central piece of security in Europe from 1949 to 1989. It represented a powerful factor of unity for Europeans and won the Cold War. Since the 1990s, the Alliance has clarified its role, revised its strategic concept, and transformed its organization. It rallied new members, and also granted itself new assignments in a new space with new means­—projection capability and terrestrial surveillance—which were added to the traditional capacities for operational planning.

General de Gaulle’s decision in 1966 to withdraw France from certain organizations and integrated commands of the armed branch of the Atlantic Alliance did not however put an end to France’s participation in common exchanges and exercises with its allies. It is in this context that France has engaged in a rapprochement since the 1990s with NATO, firstly at the operational level. This was the case in the Balkans between 1992 and 1999, and especially since July 1995, when France took an active part in NATO operations in Bosnia, for instance during the Kosovo conflict in March-June 1999. 60,000 French soldiers have intervened in Afghanistan on a rotating basis since 2002 within a NATO framework.

The failure of talks in 1997 regarding the possibility of a major command entrusted to France on NATO’s “South” flank did not affect this cooperation, which was reinforced by common external commitments with allies. Franco-American tensions between 2003-2007 explain why things have remained at this level. France’s gradual entry into all of the operational systems of the integrated military organization enabled its official reintegration on April 3, 2009 (on the eve of the Atlantic Alliance’s 60th anniversary) to take place with no major political difficulties. National independence in matters of deterrence, along with France’s liberty of assessment in matters of external commitment was moreover maintained, as is the case for the Alliance’s other nuclear powers.

Three questions currently remain unresolved: the future of national deterrence, the shifting centre of gravity of US strategic interests from Europe towards Asia, and the simultaneous construction of a Europe of defence. Until 1990, the defence of Europe was provided by the Atlantic Alliance and US nuclear umbrella, but since then the project no longer involves solely the defence of Europe, but rather a European defence. For France there is an obligation in terms of strategic interdependence as well as military inter-operability.

The two paths for achieving this are a European defence proprio motu and NATO. During the 1990s, the “Europe of defence,” a notion led by France which is also a French priority, underwent reinforced cooperation on land, sea, and air, as well as among police forces. In 1992, the Maastricht Treaty affirmed the notion of a European identity for defence, which led in a few years to a Common Foreign and Security Policy (CFSP) and later to a European Security and Defence Policy (ESDP). The question of institutions was the order of the day, although operations centred on the UN/NATO duo up to the 1999 war in Kosovo.

The Europe of defence could have been built based on two different partnerships, that of the Franco-German relationship and the Franco-British entente. The turning point came in Saint-Malo in December 1998 as part of a Franco-British initiative that led to an institutional architecture in policy, military, and operational matters, as well as to objectives for European military capabilities at the Helsinki European Council meeting in December 1999.

September 11, 2001 and its ensuing shockwave, the conclusion of the Treaty of Nice, and institutional difficulties between Europeans, along with the 2003 Iraq war and the appearance in Europe of powerful political fault lines regarding the support to be provided for the US intervention, help explain why little has effectively been done with regard to the Europe of defence since then. The French decision on April 3, 2009 for a full operational reintegration into NATO can thus also be explained by what preceded it, as well as help to understand what has followed. For example, Jean François-Poncet would say, with a touch of regret: “We began the Europe of defence with the Germans, and we are ending it with the British.” In 2010, the Lancaster House Treaties were signed by the French president and the British prime minister. They contained a considerable component in matters of armament, including nuclear.

The common intervention in Libya in 2011 also showed the operational reality of military capacity and the quality of tactical cooperation between the two armies, without for all that obscuring indispensable US cooperation and support for NATO general staff. This prompted the two allies to share intelligence and led them to a common analysis of the difficulties encountered, in addition to the possibility of planning other interventions. Did bilateral action take over for a broken-down European construction-process?

These Franco-British agreements were very quickly complicated by highly different political calendars: the British defined their defence strategy in 2010, while France again began work on a White Paper (made public in 2013) and passed legislation for scheduling. In the midst of an economic crisis, each of the two countries organized its choices according to an essentially national basis.

There were subsequently potentially useful contacts with the Germans, Poles, Spanish, and Italians. However, the domains of foreign policy and defence, along with economic, financial, and budgetary realities, seem to have caught unawares those Europeans who believed that the moment had come for strengthened cooperation and genuine pooling of resources.

The tightening of France’s priorities displayed in the 2013 White Paper on Europe and its margins—the Mediterranean theatre, Africa South of the Sahel—can be read in this context. The costly and complicated result of this is the need for a military and naval tool that is as complete as possible and both available and adaptable in accordance with the desired results, in theatres of operations whose dimensions and borders are those of the interests of France and its allies, without having to count on a Europe of defence that remains a very modest reality  at operational level.