From demographic transition to sexual revolutions

The major transformation of fatherhood in Europe during the nineteenth and twentieth centuries was from the all-powerful pater familias to the “new father” involved with his children. In the name of the child’s interest, the state began to compete with fathers and to weaken their position. The separation of the workplace and place of residence resulting from industrialization, as well as the emergence of a romantic vision of maternity, contributed to distancing fathers from the family sphere. It took until the 1960s and 1970s for a new type of father to appear, in a context marked by the feminist movement and the decline of the “military-virile” model. Fatherhood was reevaluated from the perspective of equality, as demonstrated by the replacement of paternal authority by parental authority, and the introduction of paternity leave. Finally, developments such as gay fatherhood and single fathers show that the multiplication of family forms also affects fathers. 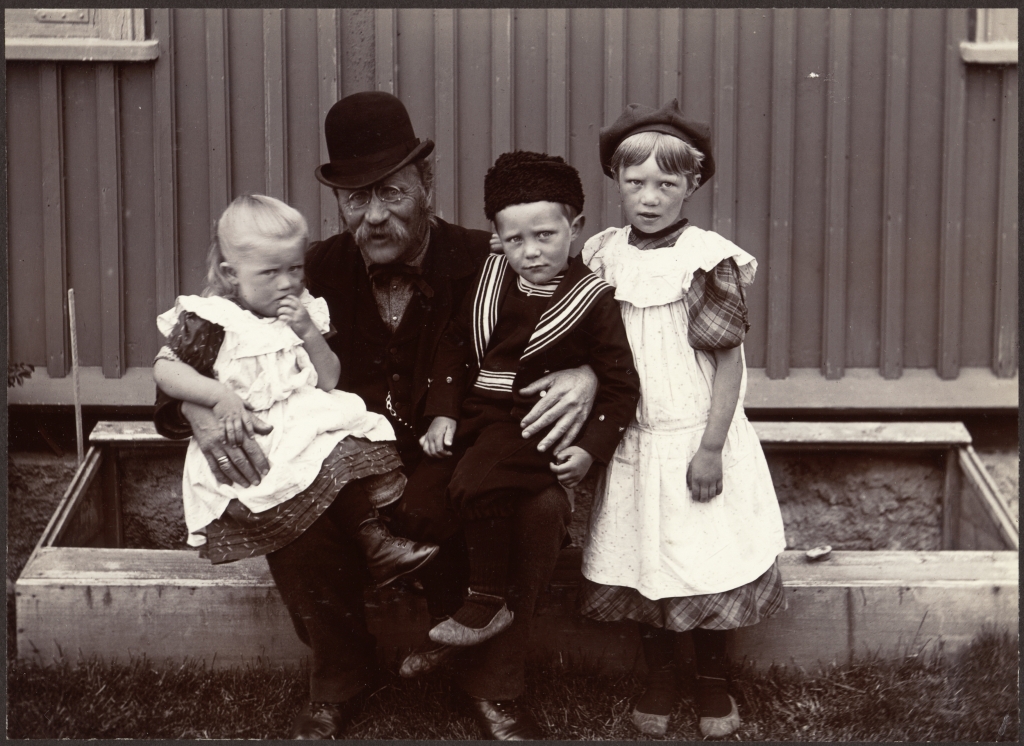 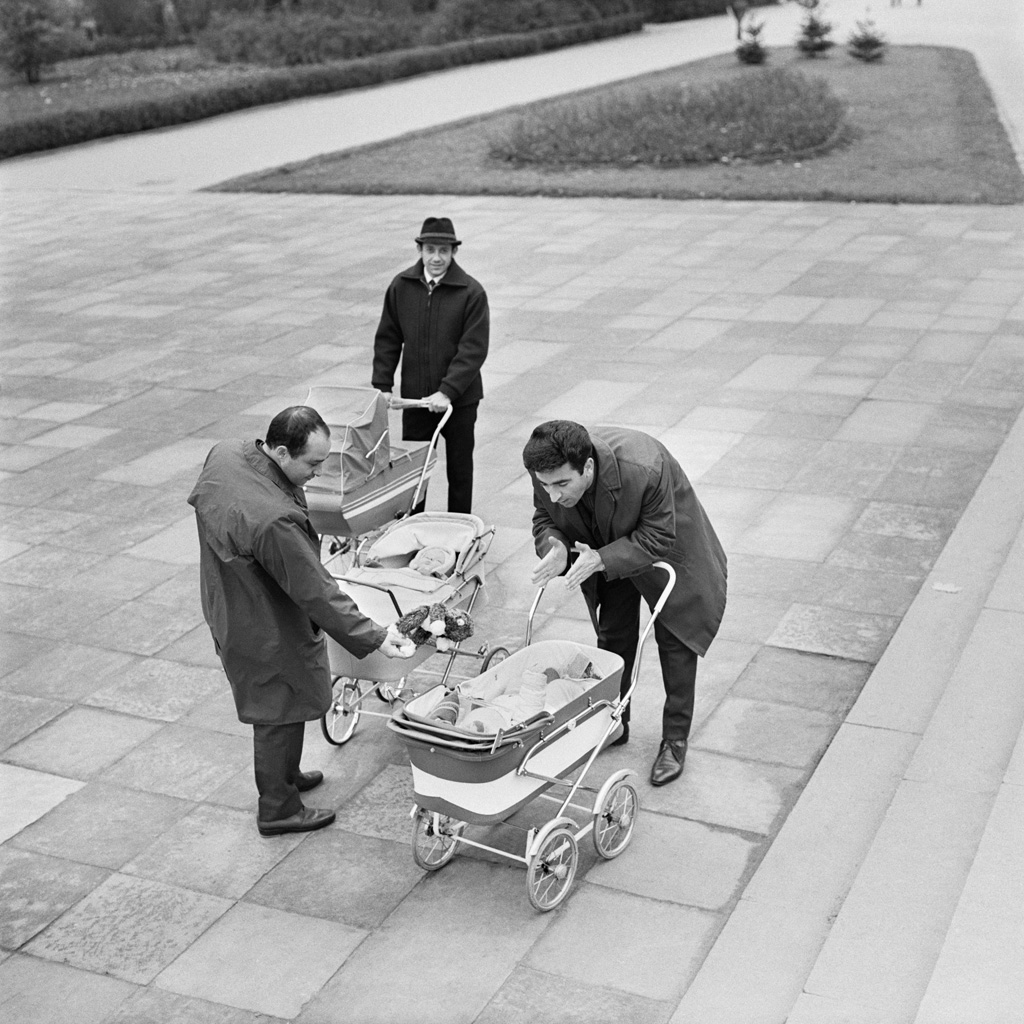 From the French Revolution to the 1960s, the history of fathers focused on the complementary nature of the sexes, based on a gendered separation of public and private spheres as well as responsibilities with regard to production and reproduction. Since the 1960s, the challenging of the pater familias has been characterized by an aspiration toward gender equality.

The adoption of the Napoleonic Civil Code in a number of European countries beginning in 1804 reestablished the all-powerful pater familias, although his authority, along with the royal and religious symbolism associated with it, were gradually challenged during the nineteenth century. The state increasingly intervened in the family sphere, especially after marriage became a civil act with the French Revolution in France, in 1875 in the German Empire, and in 1917 in Russia. During the nineteenth century, children were the subject of growing attention, which led to the passing of important child protection laws, some of which explicitly targeted “unworthy” fathers: the French law of July 24, 1889 on the loss of paternal authority, or the directives regarding parental authority inscribed in the German Civil Code (Bürgerliches Gesetzbuch) of 1896. The child’s interest also took precedence over the father’s through the equality established between legitimate and natural children, which occurred in Norway with the “Castberg” laws (1915), the Soviet Union in 1918, and France much later with the law of 1972. This competition between the state and fathers was also present in schooling, which became universal and mandatory during the nineteenth century, and considerably reduced paternal influence over children in terms of the transmission of know-how and the choice of orientation. This weakening of the father and his distancing from the family was reinforced by both economic (industrialization, and with it the decrease in small family businesses as well as the distancing of the workplace from the place of residence) and cultural transformations (romantic literature and painting with their exaltation of maternal love, based on an idealization of female “nature,” and the bourgeois ideal of a family life, the antithesis of the public sphere).

However, these transformations of fatherhood were especially related to a shared ideal among the European middle class. This representation of family relations only partially adhered to the experiences of the working class, in which women and mothers during the nineteenth century had an extra-domestic activity and contributed to the family’s income. The dynamics within peasant families also remain poorly understood, although a number of factors suggest father-child relations that were fairly different than those of the middle class due to the cohabitation of three or four generations, a peasant reality observed until the twentieth century. For instance in the Federal Republic of Germany, over 40% of farming households in 1970 included three generations, whereas this cohabitation no longer existed in German cities.

Toward equality between parents?

After two world wars and the experience of authoritarian regimes and mass violence, the figure of the father became a symbol of democratic transitions. In fact, the calling into question of paternal authority and the notion of a “soft” fatherhood were an integral part of attempts to democratize European societies, firstly in postwar Germany, and later in connection with the youth movements of the 1960s. With regard to the law, paternal authority was replaced by parental authority (in 1970 in France, but as early as 1949 in Czechoslovakia and 1950 in East Germany). Sometimes the word “authority” itself was eliminated and replaced by the notion of “parental care,” as in West Germany in the 1980s.

Beginning in the 1960s and 1970s in Europe, second wave feminism called for gender equality within the family. Concrete measures were adopted to share domestic chores. For example, paternity leave was first introduced in Sweden (1974) and other Nordic countries, and later underwent a diversification of models: between the right to paternity leave (in France and Belgium since 2002), parental leave quotas reserved for fathers (Norway was the first country in 1993), or the bonus system of one or more months of well-paid leave if both partners share parental leave (Germany, 2007 or Portugal, 2009). Beginning in the 1970s, fathers were also able to enter delivery rooms more easily. New childcare manuals encouraged fathers to take part in the care given to newborns, with the aim of creating a strong bond with the child right from birth. This change was also encouraged in its bodily dimension, for instance in skin-to-skin contact with fathers, which was gradually introduced in maternity wards, especially beginning in the early twenty-first century.

This new family order (some even speak of an anthropological revolution) challenged the naturalization of gender roles, and called for greater equality between family members. It nevertheless faced resistance: inertia with regard to the unequal division of domestic chores between men and women; reaffirmation of a “naturally” privileged link between mother and child; and the idea of a return to strong paternal authority, based on the professional activity and status of men in the public sphere. In fact, the fear that fathers who care for their children have of losing their supposed virility has regularly been observed. Hence the perception of a failure on the part of some fathers who chose to care for children, because their professional situation is more insecure than that of their partner (especially in cases of unemployment).

This resistance is all the more virulent when it involves developments linked to the dissociation of marriage and parenthood, an evolution that has notably occurred since the 1970s and has led to the multiplication of family forms. For example, the number of single fathers has increased in recent decades in EU countries, accounting for approximately 15% of all single parent families. In West Germany, their number increased from 65,000 in 1961 to 150,000 in 2004. Gay parenthood also became an issue in politics and the media in the 1980s, and remains highly topical and sensitive, with the central consideration being adoption (in 2018, adoption by a homosexual couple was legal in seventeen European countries). For all that, the few historical studies that are available indicate that these developments are not new. Finding oneself alone with one’s children is an experience familiar to many fathers, notably widowed men during the eighteenth century. The journeys of a few famous authors bear witness to the experience of homosexual fathers, such as André Gide (1869-1951), who became a father in 1923, and Oscar Wilde (1854-1900), whose youngest son published his memoirs, Son of Oscar Wilde, in 1954.

The evolution of fatherhood since the nineteenth century highlights the extent to which it is part of a broader movement in the redefinition of gender roles. Women’s access to education and extra-domestic work, feminist calls for gender equality, and the new attention and protection that children received all accompanied these changes relating to the division of maternal and paternal roles within the couple or the family.