Prostitution from 1800 to today

Following the phase of colonial conquest initiated by European countries during the nineteenth century, controlling prostitution became central to the concerns of authorities.  It took its place within gender, race, and class power relations, and more broadly represented an attempt to impose new sexual models on colonized women. This control was nevertheless limited in practice, as emphasized by the inability of empires to regulate the small details in the lives of colonized populations. 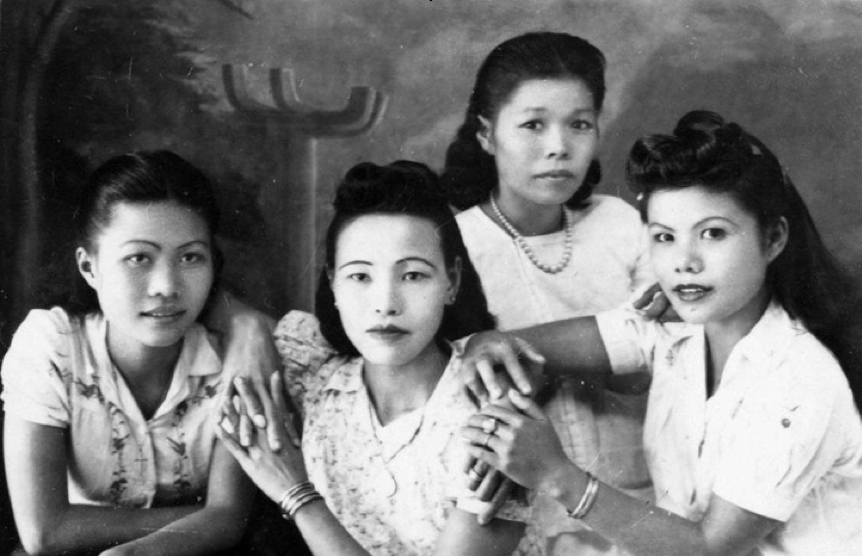 Group of prostitutes in Tonkin during the 1950s. 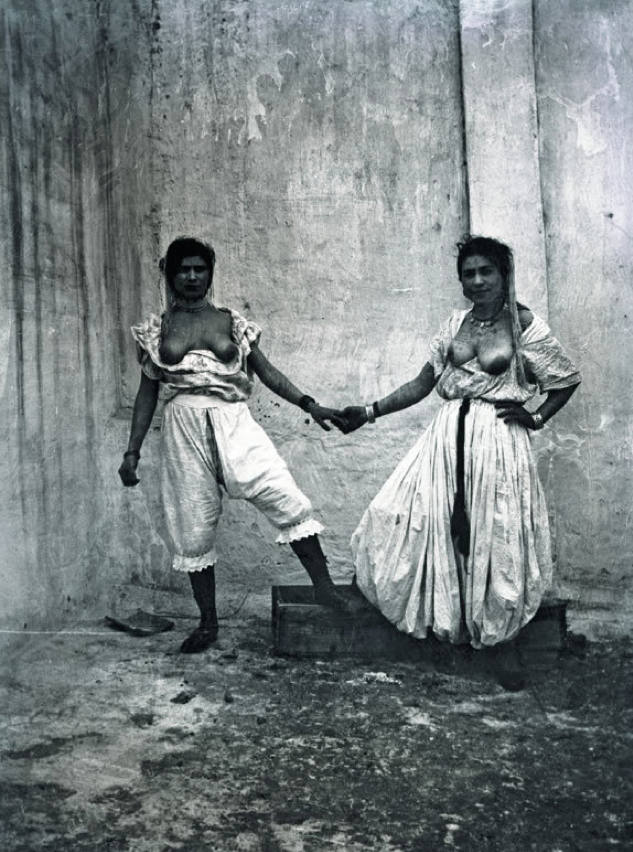 Beginning with the “conquest,” imperial administrations sought to intervene in the private and sexual lives of populations, in order to ensure power and authority by imposing a new moral order. The colonizer ceaselessly instituted dual male and racial domination over what were called “indigenous” women, with the metaphors of “virgin” territories, conquests, and taking possession being used frequently. In this context, the question of prostitution, and more broadly of the physical encounter between colonizers and the colonized, was far from marginal, being central to the concerns of authorities.

From “conquest” to the administration of territories: the evolution of prostitution in the colonies

Prostitution took on new scope with colonization. It developed during the conquests of colonial territories, particularly near military barracks, in which colonized women were “made available” to soldiers. From 1831, in the newly-conquered territory of Algeria, prostitution was regulated with the creation of a distinct status for prostitutes, who were registered by the police, in addition to the establishing of dedicated locations, such as military campaign brothels (BMCs). A similar phenomenon was present in British India with the enactment of the Cantonment Act in 1864, which organized prostitution through “brothels” or chaklas integrated within British military barracks.

Faced with the overrepresentation of males among the European population, relations between white men and colonized women were widely tolerated during a large part of the nineteenth century, including marriage in certain cases. In 1842, there were only 474 women for every 1,000 men within the white population of Algeria. Cohabitation was common, as indicated by expressions referring to “little wives,” such as “bibis” in the British Empire, “signares” in Senegal, and “nyai” in the Dutch East Indies. Prostitution was encouraged, in an effort to meet the needs of male civilian administrators. As in mother countries, it was accompanied by a medical and regulatory discourse.

Regulating prostitution in the colonies: imprisonment and health control

Control over prostitution practices in the colonies was an extension of what was practiced in Europe. In 1865, the Pisanelli code criminalized prostitution in Eritrea, just as it was in Italy. In the British and French empires, the regulatory tradition took hold. Prostitution was first driven into closed environments within reserved neighbourhoods under permanent surveillance by the administration, which involved constant police and medical control. A vice squad was created in Tonkin five years after it became a French protectorate in 1883.

The topic of health was central for European colonizers, who were convinced that prostitutes were the primary vector for venereal diseases. A public health dispensary was created in Saint-Louis, Senegal in 1849, and prophylactic visits were organized in 1852 in the Dutch East Indies to screen for syphilis. In British India, the enacting of a number of Contagious Diseases Acts between 1864 and 1867 gave an official status to prostitutes, who were monitored and treated in “closed hospitals” in order to avoid the spread of venereal diseases. In the Belgian colony of the Congo, the first rules governing prostitution came late, in 1909, and once again were dictated by fear of propagation.

Combatting the threat of venereal diseases firstly meant protecting white society from epidemiological risks. However, beyond its health aspect, the rules governing prostitution practices were also political, and projected within this world the racial hierarchies at play in empires. While the importing of European prostitutes to colonial territories was commonplace during the nineteenth century, on the condition that they were exclusively intended for white men, fears in Europe surrounding the white slave trade and rumors of the abduction of young European women towards overseas destinations sparked its ban, as in British India in 1912.

Colonial distinctions were also at play among non-European women. For example, throughout East Asia there developed a trafficking of women abducted or purchased in the poorest rural areas of Japan. In the hands of procurers one could find Karayuki-San (Japanese prostitutes) in the Russian Far East, Malaysia, British India, the Dutch East Indies, as well as French Indochina. Accessible to both Chinese merchants and European colonists, they had an intermediate position in the colonial sexual hierarchy, between native women and European women.

An admission of failure: the powerlessness to control colonial prostitution

Most colonial territories experienced a paradoxical situation, with the coexistence of endemic prostitution and a formal desire for control. In practice, laws were generally not implemented, and the ambition to regulate often came up against the colonizers’ unfamiliarity with the diverse prostitution practices present in a colonial setting, which they struggled to identify as such and to repress. In the colonies there was indeed a wide range of changing conduct, behaviour that was connected to the sex trade and that escaped the regulation of prostitution. As shown by numerous works on ménagères in Africa, there were temporary sexual relations between the colonizer and the colonized, which were not reducible to a trade relation, but that often took the form of a cohabitation. This was the case for “domestic concubines” before they were forbidden in certain colonies, beginning in 1905 for the German Empire, and in 1909 for the British Empire.

From the 1920s onwards, the question of prostitution in the colonies took on a more political turn. It crystallized certain nationalist struggles: in 1928 and 1930, 40 Lebanese and Syrian feminist associations met at a congress in Beirut and adopted resolutions against prostitution. For that matter, from its founding in 1919, the League of Nations (LN) was entrusted with the “general control of agreements relating to the trafficking of women and children,” and thirty years later, the United Nations (UN) declared the trafficking of human beings for prostitution to be “incompatible with the dignity and value of the human person.” Prostitution, the symbol of colonial domination, endured despite attempts at regulation on an international scale, as well as the hostility of the first nationalist movements.

The example of the regulation of prostitution in French West Africa (AOF) is emblematic of this. The metropolitan Marthe Richard law of April 13, 1946 was enacted in December of the same year within the AOF federation. It provided for the closing of maisons de tolérance (legal brothels)—unlike in Maghreb where they were maintained—as well as repression of procuring and the classification of soliciting as an offence. However, the implementation of a health and social file for prostitution, which had also been provided for, was not applied in the AOF. This situation subsequently made any effective control by colonial authorities impossible, and led to the development of secret prostitution within the federation, the very practice that colonial authorities had sought to regulate.

Prostitution thus endured until the eve of independences. It remained widespread during the wars of decolonization, in which immense BMCs were opened in Indochina and Algeria—up until 1962 in this latter territory. In the aftermath of independences, brothels were closed in certain countries, a symbolic act of new postcolonial authorities.