Religion and gender in Europe

Nuns experienced unprecedented growth in nineteenth century Europe, driven as much by spiritual awakening as by increased social demand for instruction and care. During the  ensuing century, they successfully met the challenges of professionalization (nurses, social  workers) and became involved in new areas of popular education and unionism. They were neither cloistered nor married, and enjoyed considerable capacity for action, imposing themselves in both Europe and colonial lands/missions as strong-minded women capable of  negotiating with masculine authorities. All the same, they were sensitive to the political situation, which underwent a reversal in the 1860s, while the internal evolutions of the  Catholic Church (aggiornamento), along with the evolution of European societies during the 1960s, jeopardized a unique way of life which was symbolized by their “cornettes.” 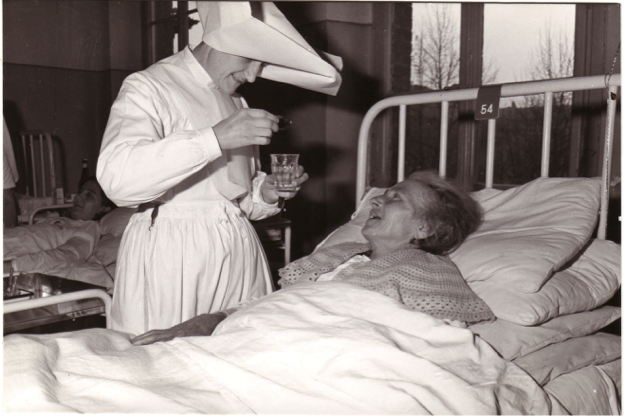 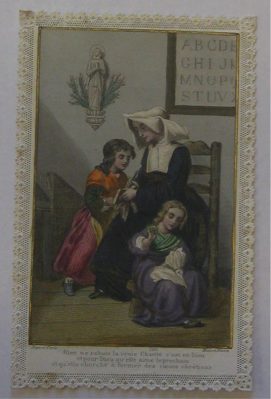 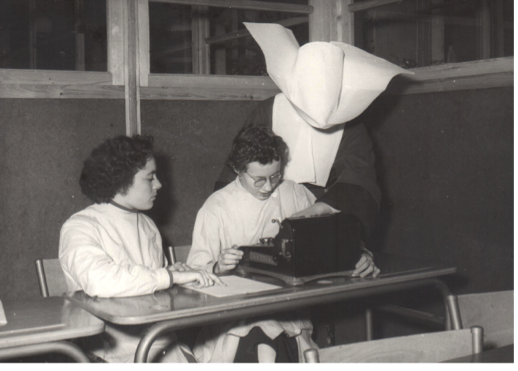 The French Revolution decreed the suppression of religious vows (1790), and Napoleon exported legislation across Europe which brutally reformed religious life by closing many convents and secularizing their property. However, the consecrated life clearly flourished during the nineteenth century in new forms: while contemplative nuns were the most numerous under the Ancien Régime, active nuns attracted the most vocations from then on. Organized in congregations with a superior general which offered centralization, unity of government, and the capacity to respond quickly, they pronounced only simple vows, and were not subject to enclosure.

In France, where growth was more robust, 400 Catholic female communities were created between 1800 and 1880, some three quarters of the orders founded between the mid-seventeenth and mid-twentieth centuries. The number of Catholic nuns and sisters in relation to the number of women in French society had never been so high (7%). In Great Britain, foreign communities were attracted by the religious awakening and the establishment of a Catholic hierarchy: there were 80 of them in the late nineteenth century, representing 500 houses and 8,000 members, including 70% in active life. In Germany, the arrival of French communities such as the Sisters of Charity of Strasbourg, along with native foundations and the Franciscan movement in particular, contributed to this dynamism. Growth was thus interwoven with intense circulations, as these European foundations extended into new worlds and colonial lands.

Catholic nuns responded to increased social demand for care, instruction, and assistance, enjoying a kind of delegation of public service. Financed by public funds and working when needed in public institutions, they offered skilled, flexible, and inexpensive labour that was appreciated by the people. The nuns did not hesitate to invest their personal funds in charitable organizations—especially orphanages—and attracted many private donations. In France, this model for public/private cooperation is connected to the period of liberal welfare management, which was attributed to the municipal and private levels (charitable and philanthropic associations) rather than the state. However, according to a model inherited from the Catholic Reformation, congregational establishments could also be “founded” by private donors, for instance the Daughters of Charity in Kraslaw, Lithuania (1789) on land belonging to the Plater family, or in Drogheda, Ireland (1855). Industry also turned to nuns to run infirmaries and schools in the coalfields of Northern France.

From the 1860s onwards, and even earlier in the Italian peninsula at a time of liberal and unitary aspirations, the success of the congregational formula in time came to disturb modern states, whether religious or secular. The accumulation of considerable real estate wealth along with the intransigent evolution of the Church in the face of the modern world—for instance Syllabus (1864) and pontifical infallibility (1870)—ran up against states which were extending their sphere of intervention at the same time In Portugal, the positivist political elite reinitiated the regal tradition of the marquis de Pombal (1699-1782), who preferred the submission of secular clergy to the independence of regulars who were under the control of their superiors, often foreigners. It also denounced the control Catholic nuns had over the education of girls, future wives, and the mothers of citizens, as well as their ability to teach despite a lack of credentials. In France, after the initial experience of the Communes of Paris and Lyon (1871), the Third Republic drove nuns out of public schools (1886), and later banned them from any form of teaching (1904), which led to massive exiles to Belgium and Holland in particular. Nevertheless, due to a lack of replacement staff for its hospitals and charitable offices, the government agreed to a compromise—with a few exceptions such as Paris—which lasted until the departure of nuns between the 1960s-1980s due to a lack of vocations. In Germany, the struggle led by Otto von Bismarck (1815-1898) beginning in 1871 against the Catholic Church—the Kulturkampf—expressed part of the masculine and liberal bourgeoisie’s concern over the extension of communities, which  diverted women from their maternal duties. In fact, between 1840 and 1872, the number of nuns in Prussia rose from less than 600 to over 8,000.

These communities offered women a kind of third status, as they were neither cloistered nor married. Despite being subject to a religious authority, they had the capacity to act, an agency which increased with distance during faraway assignments, as illustrated by the life of Anne-Marie Javouhey (1779-1851) and her Sisters of St. Joseph of Cluny. The democratization of recruitment offered genuine “careers” to women from working-class or petty bourgeois backgrounds, who could gain access to positions of responsibility within their communities. They managed considerable capital and administered what were genuine charitable companies. They negotiated on a daily basis with masculine authorities, both in the religious hierarchy as well as in public and private administrations. During the years between 1900-1930, they met the challenge of professionalization—certified primary school teachers, nurses and even doctors, social workers—and became involved in new areas of popular education (holiday camps, women’s sports, scouting, etc.) and unionism. This unionism was one of services rather than of struggle, and helped train women for new occupations (typist-stenographer, accounting, foreign languages, etc.) while aiming to prepare good wives and mothers (home education). “Holy sisters” thus promoted a moderate feminism, and could be seen as a transition between the figure of the cloistered nun and the secular militant.

In the 1960s the tension between secular life and the life of regulars burst as the religious habitus was increasingly seen as being alien to the “world.” A number of elements which broke with the order inherited from the nineteenth century emerged: the aggiornamento conciliare of the Perfectae caritatis decree (1966), which called for a rediscovery of original charisma and therefore more simplicity, along with the Apostolic letter Ecclesiae Sanctae (1966), which democratized the internal government of communities; the experience of working with labourers and small communities in social housing, renouncing direct evangelization in favour of less visibility, declergification and abandoning the habit—the famous “cornette-à-la-2 CV” [of a cornette driving a 2 CV car] henceforth belonging to the French imaginary of the Trente Glorieuses—and the influence of Marxism and Third Worldism; the painful debates on moral (abortion) or ecclesiastical questions (women’s priesthood), and more broadly the 1960s context of the empowerment of individuals and the priority given to personal fulfillment. Finally, the outflow of staff due to departures from communities, the collapse of vocations, and now aging have little by little defeated the holy sisters, who are literally disappearing from European societies. While it is no longer necessary to join a religious order to practice the largely feminized professions of care, the renewal of the consecrated life visible in the generations of Pope John Paul II and Benedict XVI has once again taken on the forms of contemplative life in both more traditional and charismatic communities.