the Europe of wars of religion

To contend with the scale of religious division and the turmoil it caused in European states, both Catholic and Protestant rulers eventually abandoned violent repressive measures, most of which had proven ineffective. They instead imagined policies of reconciliation and pacification that would restore civil order and rebuild, over more or less the long-term, the religious unity that was vital to the health of the sovereign and his subjects. After the failure of initial solutions for doctrinal rapprochement, authorities made civil peace into a political prerequisite for religious unification. 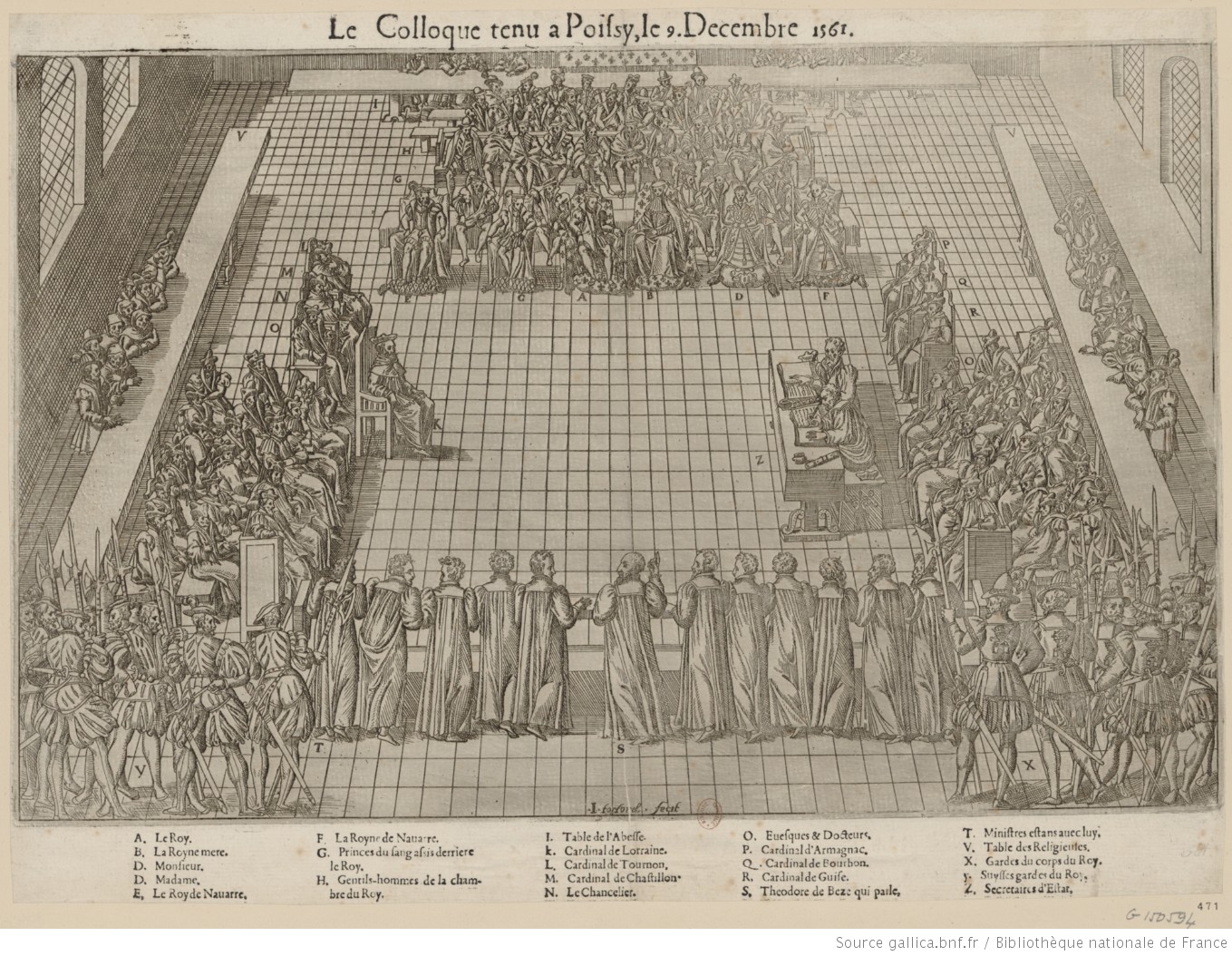 During the first half of the sixteenth century, the ideal of a return to denominational unity was based on the humanist notion of concordia. Followers of Christian humanism, such as Erasmus, proposed bringing the opposing positions closer together around religious concessions. Inspired by an evangelical wisdom, Erasmus believed that he could find a compromise, one that would be intransigent regarding the fundamental precepts of the faith, but that would omit adiaphora, or “things irrelevant” to salvation.

The first attempts to apply these ideas took place in the Holy Roman Empire. At the Diet of Augsburg in 1530, the spokesperson for the Lutherans, Melanchthon, presented Charles V with the Confessio Augustana. This confession of faith was a text of reconciliation and was more evangelical than Protestant in essence; it was rejected by the more radical members in both camps. It reiterated the principle of justification through faith but spared pontifical power. In 1548, the emperor imposed the Augsburg Interim, which re-established the Church of Rome, and proposed remaining silent regarding a certain number of problematic issues. Its application, however, was fairly limited, or was prevented by Protestant and Catholic sovereigns alike.

National attempts at harmony, which were sparked by the failures of the Council of Trent convoked in 1545 by Pope Paul III, increased despite setbacks. Numerous colloquies bringing together Catholic and Protestant theologians were organized in the Holy Roman Empire until the late 1550s. In France, the “moyenneur” chancellor Michel de l’Hospital and the regent Catherine de Medici convened the Colloquy of Poissy in 1561, which also failed due to the intransigence of both camps.

Among these attempts, the English Via Media of Elizabeth I was more successful. Based on a synthesis between Calvinist dogma and a liturgy of Catholic inspiration, the Elizabethan settlement offered a middle road that could be accepted by a moderate majority, although there were persistent pockets of Catholicity, along with radical influence on the part of Calvinists from the refuge or Scottish Presbyterians. The Elizabethan Via Media thus reflected a conviction that was characteristic of the second half of the sixteenth century, that of a return to religious unity, whose prerequisite was civil peace and obedience of the sovereign.

Faced with the stiffening of the opposing positions, the choice was made in the Holy Roman Empire for a return to peace and unity on a territorial basis. The Peace of Augsburg in 1555 partially took up the Peace of Kappel, which had been behind the determination of denominations in Swiss cantons (1531). According to the principle of cujus regio, ejus religio, the religious identity of each state and free city would depend on the goodwill of the prince. The Holy Roman Empire thus became a mosaic of Catholic and Protestant principalities.

In centralized states and certain Germanic cities, the authorities initiated experiments in religious coexistence. Despite attempts such as the Warsaw Confederation (1573), which laid the foundation for an initial religious liberty, the majority held a more pragmatic vision of civil tolerance. This vision duly noted that it was momentarily impossible to restore religious unity without endangering the state. To preserve civil cohesion, political authorities temporarily recognized either the partial or total liberty of conscience and worship for the primary denominations in its territory. In France, this line was thought out beginning in 1560 by moderate Catholics, who were grouped together under the term Politiques. They inspired the royal policy that was initially conducted by Michel de l’Hospital, who had developed his “moyenneur” ideas. Civil tolerance was established over the course of wars and pacification edicts—from the Edict of Saint-Germain (1562) to the Edict of Nantes (1598)—but not without difficulty. These ideas also inspired Dutch Calvinists who had to contend with Spanish Catholic intransigence. After the partition of the Spanish Netherlands (1581), the officially multi-denominational United Provinces began to envision civil tolerance.

However, these policies were only supposed to be temporary, as in the long term there would be an expected return to religious unification. The denominational minorities, both Catholic and Protestant, who were subject to these policies imagined that unity could be reconstructed in their favour, an obsession that explains the impasses and failures of attempts at religious peace.

In states that authorized a single faith, the process of confessionalization, which was sometimes upset by the succession of princes, caused tension as a result of diverging interpretations of religious rules. Multi-faceted confrontations endured, albeit occasionally, and reflected the resentment of communities excluded from pacifications. While the peace of Augsburg officially recognized Lutheranism, it excluded the Calvinists and some radical branches.

The peaceful coexistence instituted in multidenominational spaces remained tenuous. Tensions between communities most often involved control over time and space, notably during ceremonies and religious celebrations. Despite the conditions defined by the edicts, in France the simple passage of a Catholic procession often triggered a new confrontation. The dispatching of peace commissioners to the kingdom’s provinces is proof of the difficulties encountered in applying the edicts.

While the wars of religion of the early seventeenth century had their own dynamic, they inherited tensions from the preceding century. The Peace of Westphalia, which put an end to the Thirty Years’ War in 1648, revealed these tensions by finally integrating the Holy Roman Empire’s Calvinists. It also limited overly brutal denominational changes by reducing the “right to reform” that enabled the prince to impose his faith on his subjects. Finally, it authorized the exercise of those faiths that had been practiced publicly in 1624. This was one of the first attempts of state tolerance guaranteed by law.

By initiating new experiments, the policies of reconciliation and pacification of the sixteenth and seventeenth centuries had consequences that went beyond religion. These experiments redefined the prince’s relation to religion, as well as the duty of rulers. By preferring, at least temporarily, civil cohesion to religious unity, they established a hierarchy in the duties of the state, giving the preservation of peace priority over defending the established religion. While the time of reasons of state had not yet come, the experiments connected with religious turmoil also created the conditions for an empowerment of politics, one that was associated with the renewed sacralization of the prince and his power.