Geography and circulation of artistic models

The many accounts during the seventeenth and later eighteenth centuries recounting the travels of artists along the roads of Europe, generally towards Italy, attest to a practice that was already commonly included in the training programs for artists of the time, but that had existed as early as in the sixteenth century. Seeking to learn a new way of painting, they left for Italy and most often Rome, with the aim of acquainting themselves with the contributions of the Italian Renaissance, before returning to their country of origin to apply the lessons. The travels of Northern artists during the sixteenth century, which are less well known because poorly documented, nevertheless made significant contributions to a renewal of the formal language and thematic repertoire of Flemish painting, as well as to the diffusion and circulation of artistic models on a European scale. 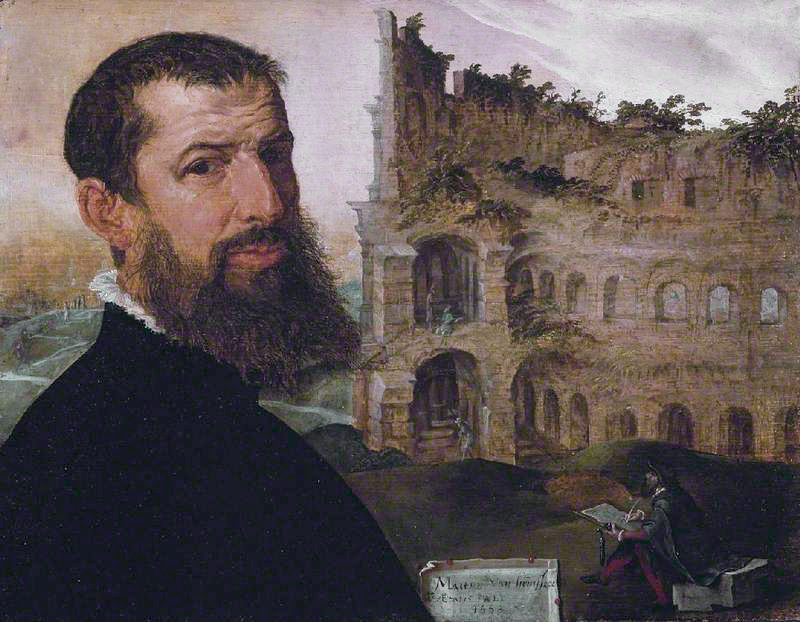 Still rare during the fifteenth and early sixteenth centuries due to its danger and costliness, the practice of a training voyage in Italy for foreign artists became systematic in the mid-sixteenth century. This voyage had two major aims: copying from Antiquity, as well as the confrontation and emulation prompted by observing the works of Italian Renaissance masters. Already acquainted with the artistic vocabulary of the Italian Renaissance through the circulation of engravings, and also by the presence of Italian works in Flemish territory, an additional step was taken when Northern artists decided to set out to encounter a culture that was geographically removed from their artistic centres, in an effort to grasp a new way of painting.

In his Schilder Boeck (1604), Karel van Mander recommended to Flemish and Dutch artists that they visit certain regions of Italy­—and even more so to go to Rome—before opening their studios, since "Rome is the city, more than anywhere else, the travels of painters lead to, for it is the leading school for painting." He concluded by saying: "Bring back from Rome the proper manner of drawing, and from Venice, where I could not go for lack of time, that of proper painting. For I have also travelled a few roads." This last piece of advice given by van Mander precisely gives the goals of this voyage: each artistic centre should be visited for its artistic specificity, and just as one must learn the Ancients and the Moderns, which is to say equally from classical as from the Italian Renaissance masters, it was imperative to draw from the wealth and diversity of painting methods present on Italian soil. It was consequently not just a voyage to Rome that was being recommended, but indeed an initiatory voyage throughout Italy.

The case of Jean Gossaert is exemplary in this respect, for he was, in the words of van Mander, the first Flemish artist to bring back to Flanders the "right way of painting," which is to say inspired by classical and Italian Renaissance models. With the exception of Rogier van der Weyden, who passed through Rome on his way to a pilgrimage around 1450, no Flemish artist had undertaken such a voyage; yet this first voyage, in 1508-1509, represents a key moment in the opening up of Flemish art to Italian models, which was made possible by the physical presence of the artist in Rome at the side of his patron, Philippe de Bourgogne. His example also clearly shows the role of copying as one of the principal factors in the familiarization of these artists, who did not possess the same cultural heritage as Italian artists, with forms from the classical language. After filling entire notebooks with drawings copying from Antiquity, upon his return to Antwerp Gossaert produced for his patron the first known Flemish mythological work, Neptune and Amphitrite (Berlin, Staatgalerie). Other artists after Gossaert, who took inspiration from his example, would take the road for Rome, sometimes taking detours through Venice and other Italian cities. This training voyage model attracted a very large following and eventually became mandatory during the learning phase of artistic training before being established as what was more broadly called the Grand Tour, which was in fact simply a systematization and a popularization of what had been implemented a century before by Flemish artists.

The motivations, expectations and length of this voyage differed according to the case. Some artists, such as the brothers Matthijs and Paul Bril, Jan van der Straet (whose Italianized name was Giovanni Stradano), and Pauwels Franck (called Paolo Fiammingo in Italy) chose to stay and lead their careers in Rome, Florence, and Venice respectively. For instance, in 1550, Giovanni Stradano passed initially through Lyon, Venice, Florence, and then Rome before establishing himself definitively in Florence in the service of the Grand Duke of Tuscany, Cosimo I 'de Medici. This was also the case for Jean Boulogne, better known by the name of Giambologna, a sculptor from Douai who went to Rome and ultimately established himself in Florence, in the city of the Medici. Nevertheless, most artists returned to their own countries to open large studios. For example, Maarten van Heemskerck, Frans Floris, Lambert Sustris, Hermann Posthumus, and later in the seventeenth century Jan Brueghel the Elder, Bartholomeus Spranger, and Peter Paul Rubens all inherited this tradition, and undertook this journey to the peninsula in order to perfect their training. However, the conditions of this voyage were also highly variable, as some would travel under the protection of a patron, who in exchange for financing their trip would entrust them with a specific assignment, such as Jean Gossaert, who accompanied the prince Philippe de Bourgogne with the official task of copying from the antiques. Others would leave without protection and had to find work while there. Rubens, for example, entered into the service of the Duke of Mantua in order to support himself and was able in this way to remain in Italy for nearly a decade, before returning to Antwerp and opening a large studio. He thus made his way to Mantua, strategically  located near to one of the most prestigious collections of antiques and Italian works and he consequently made the most of this training voyage.

In this way, the Fiamminghi—term used by the Italians to indiscriminately designate men from the Northern or Southern provinces of the Low Countries, who were also pejoratively called "Romanists" in the historiography for having made the voyage to Rome—contributed to the circulation of Southern European models in Northern Europe. Rome became a meeting point for artists from everywhere in Europe. The establishment in 1620 of the Bentvueghels, a society of Flemish and Dutch artists who lived communally in Rome, is an indication that in the early seventeenth century, the training voyage to the Eternal City had become an obligatory and almost institutionalized visit in the careers of Dutch artists. Inasmuch as the purpose of these voyages was to learn forms that were foreign to the culture of their own countries, they resulted in the diffusion throughout Europe of an artistic language inspired by classical or Italian Renaissance models, as well as the introduction in the peninsula of Flemish skills, such as landscape painting. The great Iconoclastic Crisis of 1566 and the fratricidal struggle between Catholics and Protestants in the Low Countries provoked a second shockwave that also led to numerous migrations of artists from Northern to Southern Europe. Yet the training voyage in Italy, which was a period of transition for Northern artists, continued to be a highpoint in their learning and attracted a wide following, for it was taken up and even institutionalized in other countries through the creation of academies, of which the Académie de France in Rome—created in 1666 and intended to provide an official framework for the training of French artists in Rome—was one of the most prestigious examples.