Beginning in the sixteenth century, European architecture—in the same manner as painting, sculpture, and more broadly all forms of artistic expression—fell into tune with an Italian art that had already been renewing itself for nearly a century on ancient models. While the Rome of Julius II (pontiff from 1503 to 1513) and his successors drew the attention of the majority of nations, such as the Holy Roman Empire and Spain, others such as England, the United Provinces, and more discreetly France were enthusiastic about the work of the Vicentine Andrea Palladio (1508-1580). While the productions of this contemporary of the painter Veronese were mostly limited to the secondary artistic centers of the continental territories of the Republic of Venice (modern-day Veneto), they were behind an architectural movement unique to the Old World, one that took its creator’s name and thereby attesting to the incredible success of his manner: Palladianism. 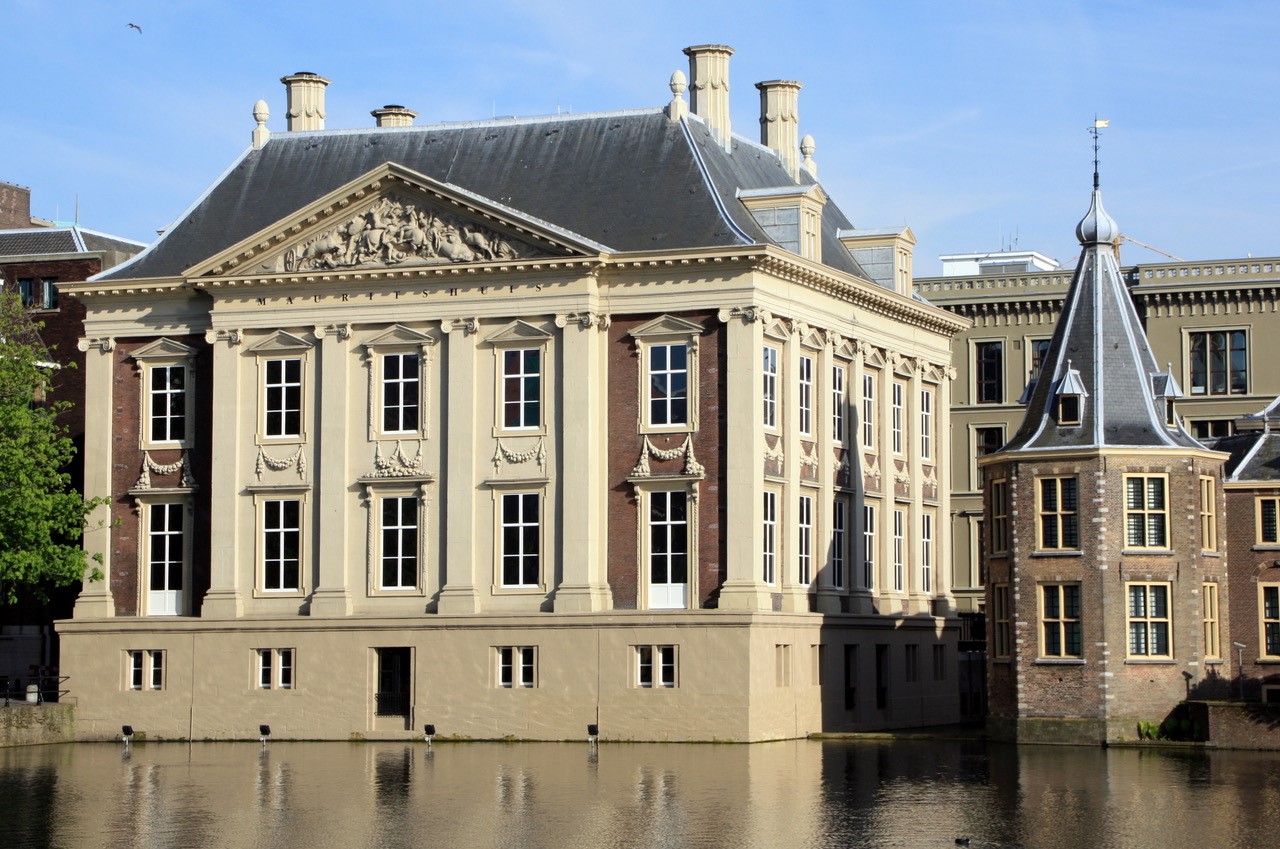 The Origins of Palladianism

Born in Padua and long active in Vicenza, two cities dominated by Venice, Pietro della Gondola (1508-1580) had an exceptional career. A mason by formation, he befriended the humanists Giorgio Trissino (1478-1550), who renamed him Palladio, and Daniele Barbaro (1514-70), whom he assisted in the latter’s commented translation of Vitruvius’s treatise on Latin architecture (1556), two encounters that were behind the extraordinary esthetic and conceptual revolution of his art. The two humanists enabled Palladio to add remarkable erudition to the local vernacular practice, which he doubled with direct study of the ancient and early modern architecture of central Italy discovered during his visits to Rome. Driven by strong intellectual ambition, and served by his rare ability to synthesize the diversity of his vast visual and scholarly culture, this “universal artist” (Wittkower) became attached to the erudite circles of Veneto quite early on. Commissions from these circles contributed to the slow maturation of a personal manner quite different from the one practiced in Rome.

The uniqueness of his work cannot alone explain his future European success, as Michelangelo or Borromini, who were more original, did not enjoy the same posterity. In fact, the first reason for Palladio’s impact is the unitary and synthetic character of a production forming a coherent and homogeneous whole, one that could be easily grasped and hence assimilated. The plans and elevations of his palazzi, public buildings, and churches emerged as infinite variations on the same architectural principles: ensembles governed by the subtle play of proportion, based on the balance and symmetry of obvious geometrical compositions (Palazzo Chiericati, 1550), and commonly associated with a ternary rhythm (San Giorgio Maggiore, 1565-1611). The discrete design of their façades is based on ancient forms, and chiefly on the architectural orders, which are sometimes superimposed (Basilica in Vicenza, 1548), and often colossal (Loggia del Capitanio, 1571-1572). The collection of villas behind the artist’s renown reflect his independence toward contemporary Roman production even further, and offers a range of these same characteristics with exemplary legibility. All of his villas, from the Villa Badoer (1556) to the Rotonda (1565-1569), adopted assembled plans with a central salon, while their uniform cubic profile isolated on its pedestal is generally limited to low wings that are either straight or curvilinear. The elevations of a rare decorative sobriety develop around a loggia presented as the portico of an ancient temple, an archeological citation that the Vicentine was the first to apply with such monumentality to civil architecture.

The coherence of his work was further reinforced by its theorization in the Quattro libri dell’archittetura, published in Venice in 1570. In this treatise Palladio enriched the traditional reflections on doctrine, orders, and the ancients by presenting his productions, thereby ensuring their diffusion. This self-anthology, the first by an early modern architect, was joined by Idea dell’archittetura universale (1615) by Vincenzo Scamozzi (1552-1616), an artist working in the master’s vein (Rocca Pisana, 1574). In the early seventeenth century, this ambitious book further broadened the audience of Palladio, whose propositions, such as those at Serlio and Vignole, were taken up throughout a Europe ready to receive them with more or less fervor.

Variations in Palladio’s Reception in Europe

England, which had up to that point been influenced by French and Flemish Mannerism, was the first to adopt the Palladian model. Inigo Jones (1573-1652), the architect of James I, visited Veneto and studied the master’s work in 1597. Upon his return, he built for his sovereign the Banqueting House at the Palace of Whitehall (1619-22), whose façade with superimposed orders derived from the Pallazo Barbarano and Pallazo Thiene. His influence was underway, with the Vicentine’s style still serving as a model—after the Baroque interlude at the turn of the eighteenth century—for the neo-Palladians around the Count of Burlington. While certain buildings such as Mereworth Castle (Colen Campbell, 1723) proved faithful citations, others played more freely with the artist’s motifs, such as Holkham Hall (William Kent, 1734), where the central body includes a temple portico, and the corner pavilions feature Venetian windows, significantly renamed “Palladian windows.”

The precocity and constancy of English Palladianism can be explained by the classical sobriety of the model, which adequately responded to the needs of a Protestant and speculative aristocratic society driven by the ideas of simplicity and rigor. Monumental without being emphatic, the Palladian manner was attractive for the same reasons to the bourgeois civilization of the United Provinces, which found in Scamozzi rather than Palladio the source for a harmonious and reasoned art that could reflect the spirit of this Protestant and newly-independent nation. Jacob van Campen (1595-1657) provided the model with the Mauritshuis in The Hague (1633-44), built for the Prince of Naussau-Siegen. The type, which was founded on the characteristics of a specifically Dutch Scamozzianism—a brick cube adorned with colossal pilasters on a pedestal, and animated by porticos beneath a pediment—was soon present in both the countryside (Huis Vredenburgh, Pieter Post, 1643) and the city (Het Poppenhuis, Philip Vingboons, 1642). This was especially true of Amsterdam, which emerged at the time as the European capital for repetitions of Scamozzi’s work, a title it disputed with Paris.

The subjects of the “very Christian” kingdom of France were the first to translate the treatises of Palladio (Le Muet, 1645, Chambray, 1650) and his follower (Boisseau, 1646). However, while they considered these two architects as “the first of the moderns” (Blondel), they preferred Vignole, as their precepts, which were too ideal or contrary to established norms, were deemed incompatible with the local manner. France of the Grand Siècle, a “middle” country caught between the austerity of the Protestant North and the baroque verve of Roman Catholicism, was in search of a strictly national architectural supremacy, and therefore only expressed “reserved admiration” (Mignot) for Palladio. Nevertheless, the builders working toward the constitution and influence of French classicism clearly demonstrated a certain enthusiasm for the Vicentine’s productions. The radiating chapel of the Oratoire de Paris (1622) by Jacques Lemercier (c. 1585-1654) echoes, through its slender steeples, those of Il Redentore church by Palladio in Venice; the colossal order of the hôtel Lambert (1639-1644) by Louis Le Vau (1612-70) cites Palazzo Valmarana, and the ionic Versailles (1668) echoes that of Scamozzi; Marly (1679), with a central building and porticoed façades beneath a pediment, betrays the influence that the Rotonda had on Jules Hardouin-Mansart (1646-1708), while the silhouette of the hôtel Le Brun (1701) by Germain Boffrand (1667-1754) is that of a Palladian villa. It was only gradually that these references blended into the classical national repertory, where they lost their value as assumed foreign borrowings.

While it cannot be called Palladian in the same manner as faithful British and Dutch imitations, the French architecture of the seventeenth and eighteenth centuries also shows Palladio’s success in Europe even before the popularity of neoclassical Palladianism. Beyond the variety of local aspirations giving rise to so many national specificities, the Old World shared a common Palladian-Scamozzian culture, which was of strictly Italian origin, but quickly transformed into a genuine European architectural language.