The rise of environmental concerns from the 1950s onward has continuously reconstituted the relations between science and politics. New critical vocabularies appeared among some scientists, as did new forms of intervention in the public sphere. Beginning in the 1980s, the figure of the expert has been particularly emphasized in conjunction with the rise of sustainable development and global environmental issues. The rising social tensions across the globe in recent years, along with the acceleration of the ecological crisis, has weakened this model. 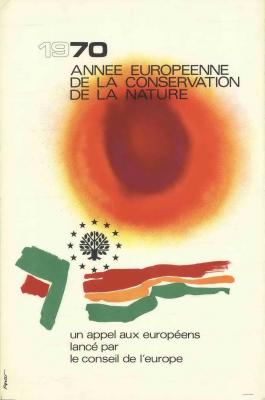 Ernst Haeckel is considered the father of ecology, a term he invented in 1866 to define the science that studies relations between an organism and its environment. Yet he was not content with simply conducting biological research, and endeavored, especially toward the end of his life, to define an actual ecological thought, which is to say a vision of the relations that humans should have with their environment. Haeckel specifically positioned himself between two poles, namely the desire to understand nature, and the aspiration to define new relations between society and nature. During the first half of the twentieth century, new concepts such as biocenosis and ecological succession were expounded through critical analysis of the new methods for industrial resource exploitation.

While Western Europe experienced a period of strong growth beginning in the 1950s, the accelerated degradation of ecosystems, urbanization, and increasing populations sparked debates and controversies, and established the environment as a public policy at the turn of the 1960s. Previously a relatively unknown branch of biology, ecology was pushed to center stage, with new stakeholders evoking it to convey the message in the public sphere, reflecting the questioning that European societies have engaged in with regard to their development model. The various connections between science and politics raised questions for scientists involved in environmental issues, whether this entailed taking a stance as a critic or an expert, along with aspirations to shape public policies—and even society as a whole—based on the teaching of ecology.

Beginning in the 1950s some scientists gradually defined new critical vocabularies to position themselves with respect to environmental issues. These included the environmental transformations relating to the great postwar acceleration, as well as the profound social, economic, cultural, and later global changes to Western European societies, such as the rise of new media and the population’s increasing level of education.

Roger Heim, who served as a professor at the National Museum of Natural History, was highly active as both president of the International Union for Conservation of Nature and an essayist (L’angoisse de l’an 2000, 1973). He insisted on the systemic nature of the relations between humans and their environment, and the way in which industrial society disrupted this relation, highlighting the limits of ecosystems and the health impact on individuals. Other scientists went beyond this role of sounding the alarm by affirming that their knowledge could be directly applied to society, which could obey the laws of nature. This was the case for the Austrian biologist and zoologist Konrad Lorenz when he developed his theory of degeneration, which he saw as both a biological and civilizational phenomenon. Finally, other scientists have revived an approach inherited from popular education by using mass media to raise public awareness regarding the beauty and preservation of nature, all while introducing notions of ecology. In the United Kingdom, the botanist David Bellamy distinguished himself through regular shows on BBC starting in the 1970s.

At the same time, this period also saw the appearance of new organizations seeking to move beyond the model for a scholarly society that emerged in the nineteenth century. In the FRG, the Deutscher Naturschutzring brought together fifteen associations in 1950, while the Fédération française des sociétés de protection de la nature (French Federation of Associations for the Protection of Nature) was created in October 1968, and nationally embodied a visible process on the departmental and regional scale. The objective was to attract more members and have greater influence with public authorities, in a context where specific legislation was being implemented for the environment.

The Era of Sustainable Development

At the turn of the 1960s, during a period marked by intense political conflict, the emergence of environmental groups—relying in varying degrees on scientific data to call for a transformation of society—raised questions for scientists, some of whom took to the political arena, such as René Dumont and Philippe Lebreton in France, and Barry Commoner in the United States. For all that, many scientists remain attached to the notion of science as being neutral and apolitical, and recognize themselves more in the figure of the expert, which was especially important during the 1980s and 1990s. Equipped with indisputable scientific skill in a particular field, the expert can enlighten public opinion, and advise public authorities in particular, who will make decisions once they have been informed.

The concept of sustainable development defined during the 1980s—and notably diffused in the Brundtland Report, Our Common Future (1987)—powerfully contributed to this promotion of expertise. The notion of reconciling social, environmental, and economic considerations has combined with a weakening of ideologies to drive a non-conflictual approach to environmental issues, one in which only consensual actions on a vast scale are deemed relevant. Sustainable development has left a lasting mark on public policies in this area, while stakeholders have experienced a common socialization as part of large NGOs (WWF or Friends of the Earth) and during large international conferences, such as those held in Rio de Janeiro (1992) or Johannesburg (2002).

The Intergovernmental Panel on Climate Change (IPCC), which was created in 1988, personifies this new relation between science and politics that crystallized around the figure of the expert, whose role is to establish scientific consensus in order to allow public action to proceed, but doing so without playing a directly political role. Bert Bolin, who served as the director of the IPCC, in many respects personifies this approach, which led to the Kyoto Protocol (1997).

Scientists and the Specter of Collapse

During the 2000s, a number of factors challenged this relative consensus surrounding the idea of expertise in the service of sustainable development. The intensifying environmental crisis and rising concerns regarding the consequences of climate change have helped structure opposition between researchers warning about the probability of a collapse—for instance John Beddington in the United Kingdom—and those who, in a renewed conservationist approach, believe that technology could bring about a “good and even remarkable Anthropocene.”

In recent decades, the revival of transnational mobilizations that are more explicitly critical of the development model have helped promote other figures than that of the researcher, such as alter-globalists, zadists, and more recently the activists of Extinction Rebellion. This trend has prompted a rethinking of environmental issues in terms of political choices, and of development models in connection with transformations that are approached in a conflictual manner, in which the role of scientists is called into question.