The authority accorded to fathers during the nineteenth century and well into the twentieth, is underpinned by the legal concept of patria potestas. This idea of the father’s authoritative position dates back to Roman law, but it continued to play a determining role over the last two centuries. The period from the sixteenth to the eighteenth centuries in general experienced a rise of the position of fathers, most clearly in the Protestant context. In many respects, the nineteenth century in particular witnessed further strengthening of the father’s position. This preeminent authority of the husband and father–as reflected by terms such as head of the family, chef de famille, jefe de familia, Familienoberhaupt–was only to come to and end in Western European countries with the family law reforms of the 1960s and 1970s. 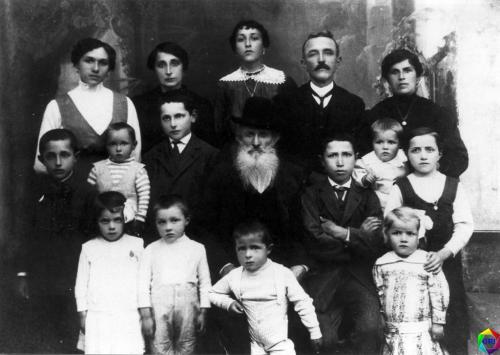 Since the sixteenth century in Western Europe, a broad definition of fatherly power has not only governed a father’s rights and responsibilities toward his children, but at the same time has encompassed a husband’s authority over his wife. A father’s authority also extends to others who live in the same household—such as farmhands and domestic servants, as well as apprentices and journeymen. Consequently, the pater familias interfaces with the outside world as the legal representative of the entire household. However, journeymen in larger cities increasingly began to break out of such household dependency. The position of power which was based on this comprehensive form of paternal authority was therefore redefined by the nineteenth century’s social change in the industrialised and urban contexts. The main ‘competitor’ became the modern state, with its institutions and support services assuming functions that had previously been organized in the context of the family; these included child-rearing, education, and occupational training. The disempowerment of fathers in terms of their legally grounded positions of authority should therefore be viewed as a long-term process which proceeded through several stages. The extent and efficacy of paternal authority in different periods and social milieus depended on the category of persons who were affected by the respective use of power in everyday practice.

Altogether, the path that this legal and social transformation followed–from the father’s pronounced position of authority to a more partner-like concept of the family with parental rights, children’s rights, and attention to child welfare–is anything but linear. In the wake of the French Revolution, law-makers had already taken radical steps to abolish paternal authority. But during the nineteenth century, the general trend in family law–as shown by Prussia’s General State Law Code of 1794 and Austria’s Civil Law Code (ABGB in German) of 1811– turned once again towards reinforcement of the father’s position of authority. The French Code civil of 1804 can be read as paradigmatic of the restorative thinking which was at work, since it served as a model for numerous codifications within Europe and beyond in addition to being applied in large parts of Europe in the wake of Napoleon’s conquests. The only thing that eventually remained of the revolutionary laws was the equal division of inheritance among all children, which included the abolishment of the eldest son’s prioritization. The question of whether this, in fact, already set in motion the father’s ‘dethroning’ is a matter for discussion .

The Code civil reinstated fathers’ authority by requiring parental consent (but, in cases of conflict, only that of the father) for their children’s marriage, until the latter had reached the age of majority. In the Protestant context, as well, parental consent continued to be necessary for marriage–even at the age of majority. For the most part, this was viewed as being primarily the right of the father; the mother’s right was subordinate. If the chosen partner was not accepted by the parents, the offending son or daughter could be disinherited. Hence, paternal authority was further to be distinguished with regard to whether it was limited to childhood and adolescence, as has been the case since late twentieth century, or if it was extended beyond the age of majority. Since the Renaissance, the legal instrument to be released from paternal authority was the so-called emancipation, which was used by sons in cases of marriage or  of transition to economic self-sufficiency.

Paternal authority in the legal sense should not be confused with the social role of the father. The late eighteenth century, in fact, featured a potentially close relationship between these two positions, for the Enlightenment gave rise to new images of the father that were tied to notions of natural law and above all to the transformation undergone by the bourgeois family. Furthermore, the process by which family relationships came to feature more sensitivity and intimacy in connection with a new perception of children around 1800 provided a space for an understanding, loving, and caring father to come into being alongside the strict one. Among the first laws aimed specifically at preventing cruelty towards children was the French Loi du 24 Juillet 1889 “sur la protection des enfants maltraités ou moralement abandonnés” which declared the rights connected with the “puissance paternelle”, but also addressed fathers and mothers. One month later, the Children’s Charter passed through the United Kingdom’s parliament.

The obligations associated with paternal authority included supporting and raising children. In terms of rights, fathers could make decisions not only about their children’s marriages, but also their education and choice of occupation. Fathers also had both the right and the responsibility to manage their children’s wealth and function as their legal representatives both in and outside courts of law. In the Italian dotal system, fathers were obliged (until 1865) to provide a dowry for their daughters; Germany, for example, likewise obliged parents to provide an endowment of various household items in the case of a daughter’s marriage until 1958 (German Civil Code BGB, § 1620). If faced with disobedience or bad behaviour, a father could draw on his legally anchored right to punish his children and, in extreme cases, even have them imprisoned (ABGB 1811, BGB 1900, Code civil 1804).

The upholding of paternal power and authority was viewed by nineteenth century representatives of anti-modernist attitudes in politics, law, and academia as a guarantee of social stability–which they considered to be threatened by the massive transformation of society that was underway. The sociologist Frédéric Le Play (1806–1882), one of the most influential theoreticians in this regard, saw the ideal family model realized by the multigenerational family under paternal authority (stem family). But as research has shown, such household constellations for the most part represented only a brief phase of generational transition, the prevalence of which was also regionally limited. For Eastern and South-eastern Europe, the history of the family has shown a tendency towards complex family and household forms which are comparable in their internal power structures. These were based on equal inheritance rights for all sons. The position of authority was organized according to seniority, which favoured fathers, followed by their eldest sons.

An ambivalent role can be attributed to authoritarian regimes of the twentieth century–from Germany’s National Socialism and Italian Fascism to Russia’s Stalinism: while they did uphold the concept of paternal authority, they simultaneously usurped it in a certain sense by transferring it to the state, which assumed a kind of surrogate fatherhood in a paternalistic sense. The First and much more the Second World War reshaped the concept and position of paternal authority profoundly. The psychoanalyst Alexander Mitscherlich speaks of “A Society without the Father” which relates to fathers who had died in war but also to the alienation of fathers who had returned. After a phase of restoration during the 1950s, the authority of the husband and father of the family faded until the legislative reforms of the 1970s abolished their leading position–not least as a result of the women’s rights movements. Present-day debates centre above all on fathers’ rights in cases of separation and divorce, the rights of unmarried fathers, the right to know about the existence of their biological children including the case of ‘cuckoo children’ (Kuckuckskindern) - born in adultery - , and also on their role and rights as sperm donors.

Lanzinger, Margareth (ed.), The Power of the Fathers. Historical Perspectives from Ancient Rome to the Nineteenth Century, London/New York, Routledge, 2015.