The ayah, a distinctive professional category of female domestic workers, was the native nursemaid, the female caregivers to children especially in the European households in India. Etymologically, the ayah is a import in Indian history that gained currency as British officials started settling in India in the second half of the nineteenth century. From the eighteenth century onwards, numerous records indicate that ayahs were indispensable for raising children in Anglo-Indian (European officials who were posted in India for official purposes) households. The British mistresses or memsahibs, as they were called, who accompanied their partners to the distant land of India, depended heavily on the labor and care of Indian maids in bringing up their children. In reality, the responsibilities of the ayahs often extended beyond childcare: they catered to the needs of the mistresses and were also known as the ladies-maids. The ayahs were crucial in the imperial landscape, both in the colonies and in the metropole. 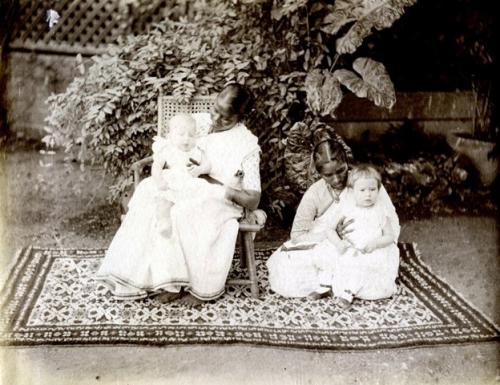 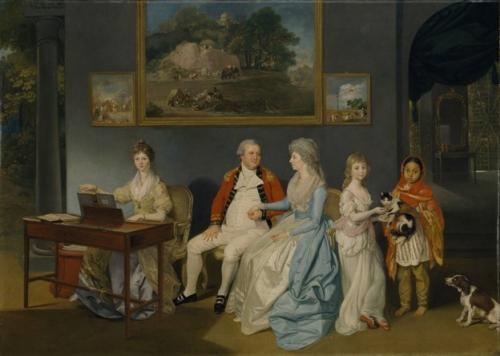 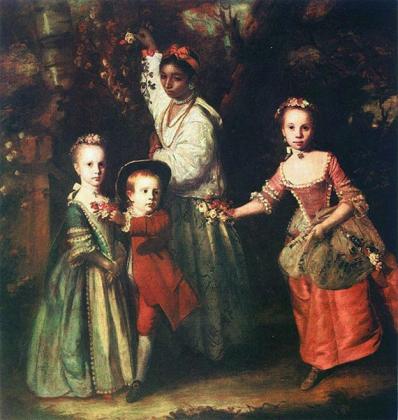 In contemporary India, ayah is a popular term, referring to female caregivers for children and elderly in hospitals and households. But historically, the word ayah conjures up a complex picture of mixed-race, hierarchical, gendered relationships that prevailed in India since the advent of the Europeans.  In the early-eighteenth century the majority of the female household workers who served the employees of the Dutch and the British East India Company, especially around the province of Bengal, the hub of British commercial and administrative activities, were not necessarily native women from India. Some of them were former slaves who came from various Asian coastal areas along the Indian Ocean. After they got manumitted, they entered the fold of the free Christian or Portuguese communities of the settlements and hired themselves as household laborers. These early connections help explain the use of the term ‘ayah’, derived from the Portuguese cognate “aia” (meaning mother, tutor, governess), to designate women caregivers in Anglo-Indian families.

During the colonial period, ayahs constituted a mobile workforce. They came mostly from the Indian countryside to work in the domiciled households of the Europeans – and sometimes the wealthy Indians – living in the major cities of Calcutta, Lucknow, Kanpur. They also crossed the “dark waters” (kalapani) to make a living either as indentured servants, coolie women, or as caregivers on board. Some ayahs hired themselves to mind children during the passage of European/British and Indian families to England and back. On board, they were in complete charge of children, of the baggage, as well as of the mistress. Good ayahs were not only meant to be clean, trustworthy, and good with children, they were meant to be good nurses and expert sailors as well.

Colonial records indicate that the early ayahs were mostly of mixed descent. Born of a European father and an Indian mother, they were raised in the household of their birth and trained for service. Religiously, the majority of the ayahs were Hindus and Muslims but those of mixed or European descent were Christians. As depicted in multiple sources, the ayahs were acutely sensitive of their caste status and practices. It was a marker of their respectability and social status.

As a small yet crucial occupational group, ayahs appear in various visual and textual sources. The earliest depictions of ayahs were in paintings drawn by well-known artists who captured the lives of European and British officials posted in India (See Figures 2 and 3). Numerous photographs, portraits, postcards, and illustrations capture both the “actual” physical appearance of the ayahs and their representation as the exoticized, desexualized “other.” Ayahs occupied a special place in colonial and imperial imaginaries. In diaries, memoirs, letters, and fictions, children of British officials who grew up in India memorialized their native caregivers who fed them, cleaned them, played with them, told them stories, sang lullabies, and put them to sleep. In contrast to the sentimentalization in personal memories and the heightened differences and ornamentation depicted in images and portraits, in everyday interaction the ayahs were serious subjects of contempt, caution, and ire. British official handbooks, manuals, and medical texts described them as lazy, inefficient, dirty, and corrupt. Government records, such as account registers and wills, documented ayahs’ wages and inheritances, whereas passport applications and passengers’ lists of ships mapped their movements overseas. Last but not the least, court cases and trials recorded the testimonies of ayahs themselves. Although the number of ayahs was significantly lower compared to male servants (the ratio of female to male was 1:6), the salaries of the ayahs ranked in the upper-middle range -- Rupees 6-12 per month, as opposed to Rs. 10-12 paid to the higher-ranking male servants such as butlers and accountants. The higher salary of the ayahs, no matter what caste they belonged to, was indicative of their higher status as caregivers, and also reflected their inter-personal relationship with their employers, their negotiating skills, and their criticality in the Anglo-Indian households.

The Ayahs as “Intimate Others” and Agents

The ayahs can be defined as “marginalized insiders” and “intimate others” in Anglo-Indian homes since they provided the most intimate labours and were privy to the personal lives of their employers. Despite the condemnation of the ayahs as ignorant, unscrupulous, dirty, crafty, and devious, and their description as opium addicts who drugged European children in the nursery, the native nursemaid was the “most important personage in the Anglo-Indian nursery, one on whom very often the whole future health and happiness of the English child depend[ed]” (Kingscote, 1893). As these negative portrayals suggest, ayahs, far from being passive victims of oppression and elision, had a tremendous sense of agency and power that defied colonial authority. As the members of the Indian community who were in closest proximity with the Europeans, ayahs and other servants were active wage earners that frequently defied, sabotaged, and subverted their western employers. Their everyday acts of resistance often took forms of defying their employers’ orders through foot dragging; pilfering; uncleanliness; and in extreme cases, stealthily using opium in pacifying the infants, sometimes leading to their deaths. In other instances, when ayahs travelled abroad with their employers, they used their situational agency to lodge complaint against their European employers, such as the cases of Thomasee and eighteen other servants serving the Browne family in New South Wales, Australia (1818). Another ayah Jaunee Beebee filed a petition (1831) against her British employers for detention, mistreatment, and refusal to pay her passage back to India. It was thus evident that whether in the home country or beyond, the ayahs exerted their agency in negotiating and navigating difficult terrains.

As employees in European households, and especially as traveling ayahs, they leveraged their specific locations to maximize their gains, mostly through wages and other benefits. By serving a foreign community and sometimes by traveling away from home, they managed to escape the local patriarchy, social and cultural norms, and their own familial hierarchy.

The employment of ayahs and other Indian servants was a prime marker of race, gender, cultural, and class differences between the colonizer and the colonized. For the colonial officials, ayahs allowed the British to distance themselves from the routine chores of daily life, thus making empire “respectable”. But ayahs cannot be reduced to mere figures of imperial representation for purposes of nation and race-making. By crossing socio-economic borders and transgressing geopolitical boundaries, these women were important actors of transnational domesticities and they played a major part in the constant redefinition of racial borders in colonial empires.

Kingscote, Georgiana, The English Baby in India and How to rear it, London: J. and A. Churchill, 1893.