Nineteenth-century Europe was shaken on a number of occasions by cholera epidemics. In 1865, pilgrims returning from Mecca spread the disease. Europe subsequently mobilized to halt the threat of an epidemic by establishing, with the cooperation of the Ottoman Empire, a vast quarantine system on the Red Sea, which imposed a particularly restrictive sanitary regimen on travellers in this category.

Lazarets for pilgrims to Mecca along the Red Sea and the Hejaz railway. 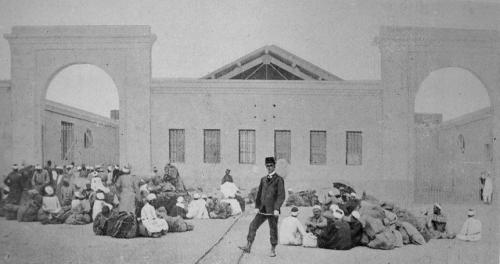 Lazarets for pilgrims to Mecca along the Red Sea and the Hejaz railway. 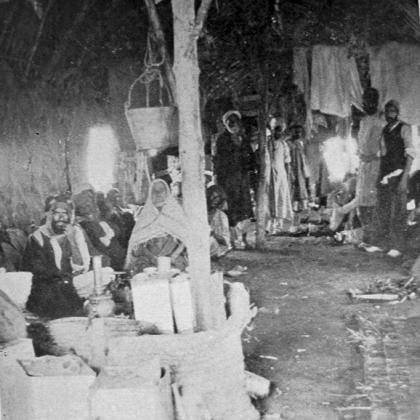 Lazarets for pilgrims to Mecca along the Red Sea and the Hejaz railway.
Summary

The Pilgrimage to Mecca, A New Epidemic Threat

In 1863, cholera emerged from its place of origin in Bengal for the fourth time during the century, and began a threatening advance. During the first pandemic (1817-1823), the disease moved mostly east, ravaging all of Asia in addition to the Middle East and the East Africa coast. During the next two pandemics (1826-1841, 1846-1861), cholera reached Europe by gradually advancing through Persia and Caspian Sea ports. Its arrival sparked a major shock on a continent that believed it was safe from epidemics, a peril from another time that was reserved for less “civilized” peoples. During the fourth pandemic, it was a particular event—the pilgrimage to Mecca—that explosively spread the contagion in a very short period of time.

The disease, which was in all probability imported to Arabia by Indian pilgrims, appeared in the holy cities of Islam with great violence, killing one third of the 90,000 believers who had gathered that year. Those who returned home spread the disease to Mediterranean ports, which became secondary clusters from which cholera continued its path toward Europe, Russia, and both Americas. Its spread was facilitated by means of transportation that were faster thanks to steam propulsion.

Despite being less deadly in Europe than the preceding one, this fourth pandemic was a new test for European states, which had already undertaken an unprecedented coordination effort. In a context marked by the pacification of European conflicts since 1815, epidemic risk was seen as a common problem that had to be solved jointly. The first two International Sanitary Conferences, which were held in Paris in 1851 and 1859, provided a first experience of diplomatic gatherings that were not motivated by war.

As it was a period of developing trade, a central issue for European nations was to balance the need to protect themselves from new epidemics and the desire to free trade flows, which were hindered by the long-standing quarantine system. These two conferences and those that followed defended the notion of externalizing the protective barrier to the shores of Egypt and the Ottoman Empire. In order to protect Europe, epidemics had to be blocked where they began, which is to say in the Orient. The Ottoman Empire, which was invited to take part in this early internationalism limited to major European countries, was called on to reinforce its quarantine system and hygiene measures in ports of departure. The spread of cholera during the 1865 pilgrimage to Mecca provided new justification for this externalization movement.

A System of Externalized Control and Joint Management

The crisis prompted a meeting of the third International Sanitary Conference, which this time was held in Istanbul in 1866. The central issue was to pressure the Ottoman Empire into collaborating in the system Europeans were planning to control the movements of people in connection with the pilgrimage to Mecca. Evidence of their responsibility in the pandemic of 1865 made Muslim pilgrims a “risk group,” with protective measures against them being a priority.  Despite early and joint mobilization against epidemics, European countries could not agree on this issue when it involved their own territories. The International Sanitary Conferences that followed during the second half of the nineteenth century led to binding international legislation applicable in Europe only in 1892. Before that date, agreement faltered due to the defense of national sovereignty—with each state seeking to keep control over its health policy—as well as scientific uncertainties that divided contagionists and anti-contagionists before the emergence of bacteriology at the end of the century. These same European countries found common ground with respect to the specific sanitary treatment for the pilgrimage to Mecca.

While the delegates could not agree on cholera’s origin or nature during the Istanbul conference in 1866, support for the principle of contagion nevertheless advanced with each epidemic, and the conference’s conclusions were part of a certain renewal of the quarantine system. The protective barrier designed to protect Europe from epidemics had to be established in an external space, in this case the Red Sea, where the pilgrims from India—where cholera originated—encountered other Muslim believers.

A specific quarantine system for pilgrims to Mecca was subsequently established. At the straits of Bab al-Mandeb at the entrance to the Red Sea, pilgrims travelling from Asia to Mecca had to stay at a lazaret on Kamaran Island. If cholera did not appear, they would be authorized to continue their sacred journey. After the rituals of pilgrimage, pilgrims leaving for the northern areas of the Muslim world—those near Europe—were immobilized in a second lazaret located in Tor in the South Sinai. Other secondary quarantine installations were established on the African coast of the Red Sea and, in the early twentieth century, along the railway connecting Damascus and Medina. The pilgrims were subject to a severe system of sanitary control while there, in addition to a confinement that could be long if cholera—and later plague upon its return at the end of the century—were reported during the pilgrimage. Even migrants, another group of travellers considered dangerous, were not subject to such control. “Ordinary travelers” were not subject to quarantine in Europe, except in the rare case of direct epidemic threat; they enjoyed access to the “English system,” namely the health inspection and individual monitoring of travelers that would be definitively established with the emergence of bacteriology.

The health system for pilgrims to Mecca was managed by two “joint” health councils consisting partly of local civil servants and partly of European doctors and consuls, with one located in Istanbul and the other in Alexandria. In both the Ottoman Empire and Egypt, sanitary sovereignty was shared, with Europe having secured a right of intrusion in the management of epidemics in general, and in the sanitary control of pilgrims traveling to Mecca in particular.

From European Hegemony to the International System

When it entered the war in 1914, the Ottoman Empire shook up this disliked intrusion by eliminating the joint health council in Istanbul. Egypt would have to wait for its treaty of independence with Great Britain in 1936 to nationalize its health council in Alexandria. The measures implemented during the nineteenth century to collectively manage the epidemic threat did not disappear, but helped build the international system after the First World War. International public health was henceforth managed by permanent institutions, namely the International Office of Public Hygiene (IOPH) located in Paris, which was created in 1907, and the Health Organization, which was founded in connection with the League of Nations. It subsequently became more genuinely international, and by integrating regions other than Europe and extending its expertise to diseases other than the plague and cholera, it broke with its obsession with the Near East and the pilgrimage to Mecca in particular, although the latter’s specific sanitary system continue to be in effect. It was inscribed in international legislation adopted in 1892, with the responsibility for its application and control being transferred to the new institutions.

After the devastating epidemics that accompanied the war, the danger subsided. Cholera made a final and fleeting appearance at Mecca in 1918. Its disappearance was no doubt due as much to improved local sanitary conditions as it was to the spread of vaccination before the sacred journey, and the quarantine system to which pilgrims were subject. This system was gradually eased, although the Red Sea lazarets disappeared for good only in the late 1950s, when responsibility for sanitary control during the pilgrimage to Mecca was transferred to Saudi Arabia, which brought an end to over a century of international intrusion in the Muslim pilgrimage. 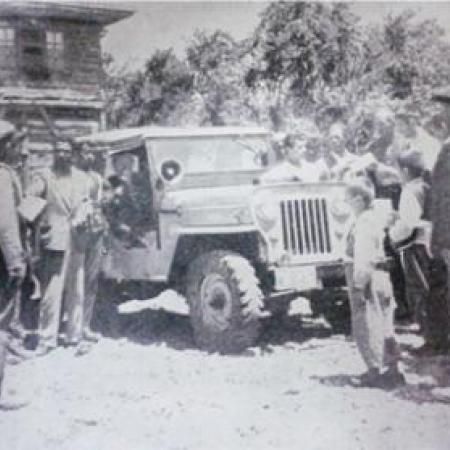 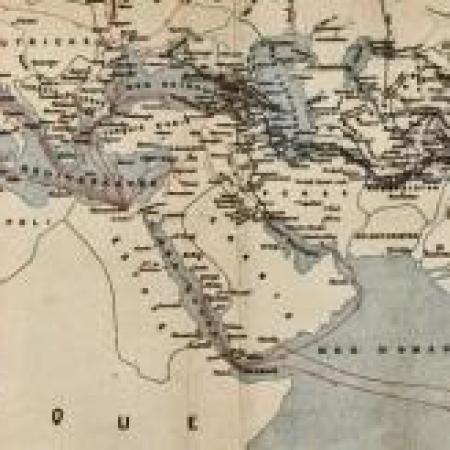 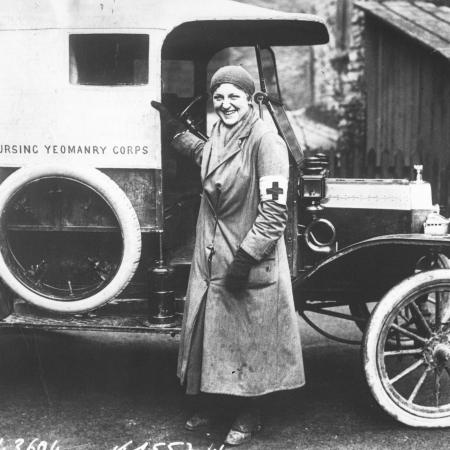