History and Diffusion in Europe

The French garden is a classical and symmetrical conception of the garden that was applied on a monumental scale in seventeenth-century France. The fruit of a long tradition, it reached its apex with the genius of Louis XIV’s principal gardener André Le Nôtre, with creations such as the gardens for the châteaux of Vaux-le-Vicomte, Chantilly, and especially Versailles in the late seventeenth century.  It served as a model for European courts, which imaginatively vied with one another to import this French know-how and integrate the image of power it conveys. The art of the French garden took root in the Netherlands, Germany, Sweden, and Austria—combining with often powerful local traditions—and developed throughout the eighteenth century. It is still highly present despite increasing “competition” in Europe from landscape gardens. 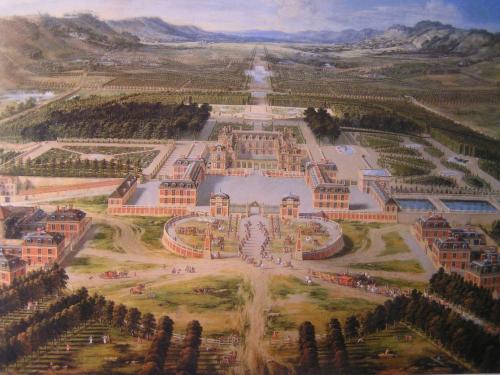 The term “French garden” refers to a regular garden, one whose composition reached its peak in France during the reign of Louis XIV (1638-1715), thanks to the work of André Le Nôtre (1613-1700). The model was diffused in European courts, and then more widely in Europe and the world. The term “à la française” (in the French style or manner) differentiates these gardens from English gardens, and serves as a reminder that they were seen, in the words of the historian Ernest de Ganay (1880-1963), as a “mirror of the French spirit,” a demonstration “of its taste for order and beauty.” For all that, this term came into use only in the late nineteenth century to refer to the gardens restored or created by the landscape architect Henri Duchêne (1841-1902) and his son Achille (1866-1947), in the “style or manner” of the classical garden of the seventeenth century. During the eighteenth century, it was more simply called a “French garden” by theorists of garden design, such as Antoine Joseph Dezallier d’Argenville (1680-1765), or Christian Cajus Lorenz Hirschfeld (1742-1792) in his Theory of Garden Art.

The Origins of the French Garden

The French garden reached its peak in the seventeenth century with André Le Nôtre, whose gardens at the châteaux of Vaux-le-Vicomte, Versailles, Sceaux, Saint-Cloud, and Chantilly, among others, are among its most remarkable productions.  However, all of its characteristic elements were already taking shape at the beginning of the seventeenth century. Theorists and garden designers in the service of the kings of France, such as Jacques Boyceau de la Barauderie (1560 ?-1635), superintendent of royal gardens under Louis XIII, laid the foundations for the French garden. The classical garden was shaped by dynasties of gardeners—such as the Mollets who designed intricate parterres, or the Francines who were hydraulic engineers originally from Italy—in addition to architects, geometricians, sculptors, and a wide range of trades, artisans, and artists. However, it was André Le Nôtre, whose mastery of drawing, mathematics, geometry, and optics brought the French garden to the perfect balance.

These gardens are firstly defined by their symmetrical composition. These geometric forms originated in the tradition of the garden stretching back thousands of years, which initially came from Persia. The design of garden-paradises for Persian kings was based on the symbolic and divine representation of the universe, and is therefore divided into four parts by four rivers: the Tigris, Euphrates, Pishon, and Gihon rivers, the last two being imaginary. Beginning in the seventh century, this composition inspired the Muslim world from India to Spain.

This division did not subsequently disappear from gardens, whose forms evolved during the Renaissance. It was at this time that the first gardens emerged in the West, which used the development of geometric forms to create the regular or French garden in the seventeenth century: French architects and garden designers drew inspiration from Europe, Italy in particular, the cradle of the Renaissance during the fifteenth century. Italy brought the art of gardens into the foreground of “architectural” creations. Conceived in connection with the dwelling—palaces and villas—gardens were characterized by water displays, artificial grottoes, and major architectural elements such as monumental stairways and high terrasses planted with flowered parterres opening onto the landscape.

In the late fifteenth century, France was still marked by the medieval tradition of the enclosed garden. However, thanks to Italian discoveries, it gradually opened up to compositions by adding wholly French conceptions such as a taste for canals, large allées aligned on the same axis as the dwelling, and the composition of parterres with an increasing range of designs. The parterres, made up of compartments divided by low-cut plantings, became one of the leading characteristics of French gardens. Their form evolved and contributed to a search for a perspective stretching toward a vanishing point on the horizon, toward which all of the garden’s compositional elements are drawn. Enclosures disappeared, and with them the separation between the garden and the natural or cultivated landscape: the landscape itself became a garden, built around a symmetrical axis stretching toward infinity. This principle had already been used in Italy, but on a smaller scale; by the end of Louis XIV’s reign, through André Le Nôtre’s work the entire French garden was subject to symmetry, and had no limit other than that imposed by the eye. All of its parts—the bassins, parterres, stairways, allées, plantings, etc.—formed an inseparable whole, as part of a search for absolute unity.

The latter becomes apparent only because the French garden is also a garden of surprises, of optical effects that deceive viewers: André Le Nôtre knew how to use slopes, asymmetric parterre design, and complex architecture to bring forth—from the terrasse of the dwelling for which it is the focal point—a perfectly regular and classical garden, which some have at times called monotonous. Everything unfolds through strolling, which reveals a stairway that is invisible from the château, or a buffet d’eau concealed by a terrasse, with the garden now becoming baroque. The French garden is perfection achieved, thanks to the genius of André Le Nôtre, in a subtle and learned interplay between classicism and the baroque, developed on a monumental and sometimes even colossal scale, as in Versailles, the height of immoderation in the late seventeenth century.

At the same period, Het Loo’s gardens created for William III of Orange in Holland, Herrenhausen’s gardens in Hanover or at Charlottenburg Palace in Berlin, along with projects in other European countries such as Austria and Sweden, imaginatively vied with one another in this art of the garden that was so representative of power. Local traditions once again combined with the French model. However, Italy had less of a taste for classical gardens of gigantic proportions, and for a long time preferred baroque games, such as the gardens of the Villa Garzoni, which had begin in 1652 in Collodi.

In the eighteenth century, the famous patrician and theorist Antoine-Joseph Dezallier d’Argenville defined the principles and methods of execution for the French garden in his The Theory and Practice of Gardening, which was first published in 1709. The work remains useful today for the restoration of historical gardens. It facilitated the diffusion of this art of the garden, as well as the taste for the symmetrical, regular, or classical garden, which endured for most of the eighteenth century in Europe while the English garden expanded.

In France, after a period of decline in favor of landscape gardens in the mid-nineteenth century, the regular garden underwent a revival toward the late nineteenth and early twentieth century, owing to what it symbolized: through its association with the Sun King, it embodied a certain image of France’s identity. While the art of landscape gardens prevailed over classical compositions in Europe, the previously mentioned gardens in Germany and the Netherlands, or those in Austria, such as the gardens of Schönbrunn Palace in Vienna built for Leopold I, and Sweden, such as the gardens of Drottningholm Palace designed by Nicodemus Tessin for Queen Dowager Hedwige Eleonora in 1681, preserved these precious creations, which bear witness to their history and still attest to the European influence of the gardens “à la française” developed at Louis XIV’s court. 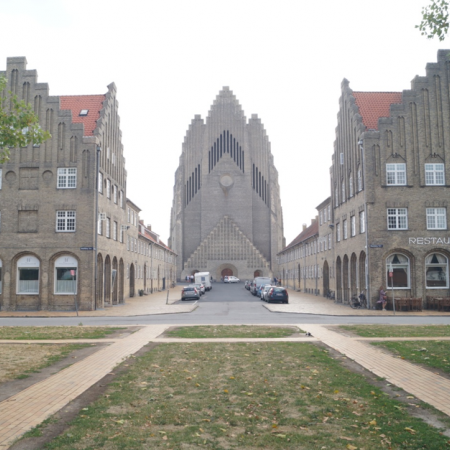 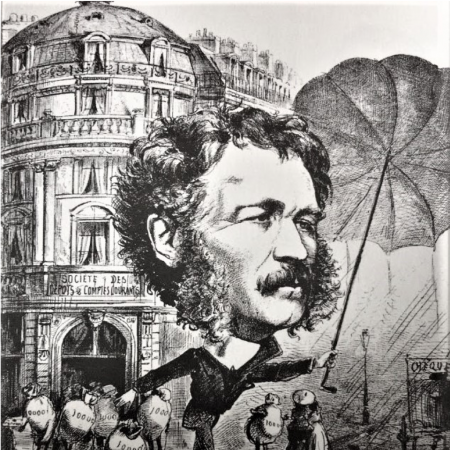