Attested to since Antiquity, male prostitution experienced a sharp rise during the nineteenth century in Europe. Less regulated than female prostitution, it played an important role in the practices and representations of homosexual relations (even though heterosexual male prostitution was also attested to). It was the subject of a disapproving discourse on the part of doctors, police officers and jurists, as well as attempts at control through various legislative tools, depending on the country. During the twentieth century, male prostitution was marginalized in public debate with the exception of health concerns connected to sexually transmitted diseases (STDs). More recently, it has been transformed by new technologies for information and communication, which have diversified the locations and interfaces between clients and sex workers. 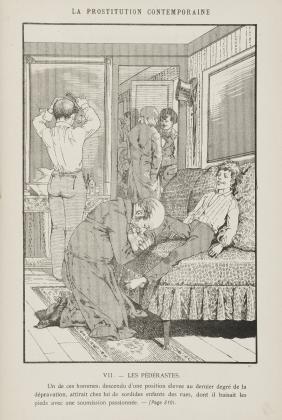 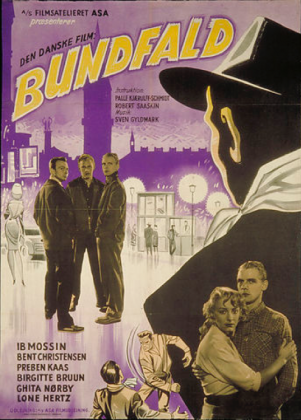 Poster for the film Bundfald (“The Precipice,” 1957, Palle Kjælurff-Schmitt and Robert Saaskin, 86 min), which explores the problem of manipulation and blackmail in the world of homosexual prostitution. © Danish Film Institute.. https://www.dfi.dk/en/viden-om-film/filmdatabasen/film/bundfald
Summary

Like female prostitution, male prostitution experienced a considerable rise during the nineteenth century. Essentially limited to homosexual prostitution, it was present in popular gathering places (Molly houses in England, Galleries of  Palais-Royal in Paris), but also in the brothels that emerged at the beginning of the century.  A far-reaching scandal broke out in London in 1889, after the police discovered such a house in Cleveland Street, frequented by men of British high society. At the same time, male prostitution became more visible in the public places and amusement venues of major capitals, whether on the large boulevards of Paris or the surroundings of the Tiergarten in Berlin. It took on various forms, from tricks to steady relationships, with varying forms of compensation—monetary, food, or material. Like female prostitution, it contributed to the scandalous reputation of certain major cities, as well as the emergence of new kinds of sexual tourism in both Europe and the colonies.

The analogy between the two prostitutions nevertheless diverges on a number of points. Certain places were indeed specific to male prostitution, such as those of soldiers and sailors, who were highly sought after due to the fetishism of the uniform and the stereotypes of masculinity they personified. In addition, male prostitutes were not subject to any kind of administrative regulation, unlike women who were registered within European regulatory systems; for lack of such regulation, their activity was governed by provisions relating to vagrancy, public decency, and the sexuality of minors. More independent than their female counterparts, they were in fact rarely subject to the supervision of brothel owners or procurers. Finally, control over their activity depended largely on the legislation applicable to sexual relations between men in European countries: certain countries forbade these relations (the United Kingdom, Prussia and later unified Germany, Austria-Hungary, Scandinavian countries, Russia), while others tolerated them (France, Belgium, the Netherlands, certain German states before unification, Spain, Portugal, unified Italy). These different conditions based on gender stemmed from the reduced visibility and recognition of male prostitution as a social phenomenon, itself resulting from the smaller scale of male prostitution, as well as the discretion required in relations between men within certain social circles. However, such differences did not lead to strict geographic or social borders between male and female prostitutes, who were often solicited by the same clients.

Beginning in the late nineteenth century, male prostitution became the subject of studies by the medical corps, as it endeavoured to identify the forms and causes of sexual deviance among men and women. For example, some doctors distinguished between prostitutes acting for profit, and genuine “inverts” falling under the competency of psychiatry. This was the case for the doctor Krafft-Ebing (Psychopathia sexualis, 1886), who dissociated the self-interested and immoral perversity of the former from the congenital pathological perversion of the latter. This distinction on the part of the doctor was refuted by experience, as illustrated in the autobiographical account of a male transvestite prostitute collected by a doctor in Anjou during the 1860s (Arthur X, Mémoires d’un travesti, prostitué, homosexuel, 1896). Its author connects his entering prostitution to an excess of maternal love, early sexual experiences, and encounters with protectors. Prostitution appears to him as the logical and even inevitable outcome for a boy attracted to other men since childhood and quickly restricted to a passive sexual role, and who found fulfilment in dressing as a woman. In their study of Berlin male prostitutes in 1925, the doctors Hirschfeld (1868-1935) and Linsert (1899-1833) emphasized the diversity of male prostitutes’ motivations: occasional need for money, search for regular income, sexual pleasure, and even distraction from boredom. They emphasized the precarious social condition of male prostitutes and underscored the fact that sexual work was less frowned upon in lower-class circles, as it first and foremost represented a potential resource (from 3 francs a client in the 1860s to 50 francs in the 1920s, according to a Parisian police officer).

Throughout Europe, the police and justice system associated male prostitution with homosexuality, which prompted a number of states to legislate on the subject. In 1905, a reform of the Danish penal code provided for a two-year prison sentence for male prostitutes. A similar bill was debated by members of parliament in the Weimar Republic in 1925, with no result. Other bills were passed in Norway (1925) and Iceland (1940), but the penalties were scarcely enforced. Male prostitution was in fact mostly seen as a consequence of homosexuality, the repression of which attracted legislative efforts: persecution in Nazi Germany, repressive laws in the dictatorships of Southern Europe and Stalin’s USSR, homophobic discrimination regarding the age of sexual consent in the Netherlands (1911) and France (1942). Male prostitution was consequently targeted, sometimes to protect the young from a demand for (homo)sexual services, and sometimes to protect citizens from an offer of such, which was deemed to be corrupting, in addition to the forms of blackmail it could generate.

After the Second World War, when the link between homosexuality and male prostitution was still the subject of sharp denunciation (such as the book by the Danish police inspector Jens Jersild (1903-1978) Den mandlige prostitution, 1953), the homophilic associations that flourished in Europe attempted to promote a “respectable” (and hence non-venal) image of homosexual relations. In doing so, they rejected the strong association between prostitution and love between men. The liberation movements of the 1960s were also fairly discreet regarding the matter. In 1971, FHAR (Homosexual Front for Revolutionary Action) dismissed prostitution as a form of capitalist exploitation.  The voices of male prostitutes remained very marginalized in these movements, as well as in the media. They could indirectly be heard in less moralizing investigations, such as the one by French journalist Jean-Luc Hennig (Les garçons de passe, 1978).

From the 1960s onwards and across Europe, male prostitution finally lost any legal specificity, following the suppression of the rare legal provisions controlling it, as well as the gradual end of criminal offences based on sexual orientation. It subsequently became part of the debates surrounding the HIV/Aids epidemic, which highlighted the vulnerability of sex workers in the face of sexually transmitted diseases (STDs), due to high-frequency and often risky sexual practices. Their marginal situation made access to prevention and care difficult, turning them into a particularly vulnerable population.

At the same time, the practices of male prostitution underwent major reconfigurations, firstly due to the massive rise of the gay press during the 1980s, and later due to the appearance of the Internet. In the early twenty-first century, access to clients increasingly takes place less in the street than through intermediaries (agencies) or platforms (press or digital), which facilitate access to the services offered by male prostitutes, henceforth also referred to as “sex workers” or “escorts.” Public spaces are nevertheless still frequented by the most marginalized sex workers, especially transvestites and transsexuals, who are particularly exposed to violence, and often paid less for their services. Sociological studies nevertheless show considerable mobility in the trajectories of these men, whether it be between spaces, platforms, or in the frequency at which they practice prostitution. They stand out in this respect compared to their female counterparts, who are less mobile and more subject to being controlled in their activity, despite also using new intermediaries and interfaces. There are nevertheless certain points of convergence on the European scale, notably through the creation of sex worker trade unions, such as the International Committee on the Right of Sex Workers in Europe (ICRSE) founded in 2005, as well as demands for recognition and a legal framework that allows for this type of profession, made by those calling for an official status.

Weeks, Jeffrey, “Inverts, Perverts, and Mary-Annes: Male Prostitution and the Regulation of Homosexuality in England in the Nineteenth and Early Twentieth Centuries,” Journal of Homosexuality 6 (1980-1981): 113-34. 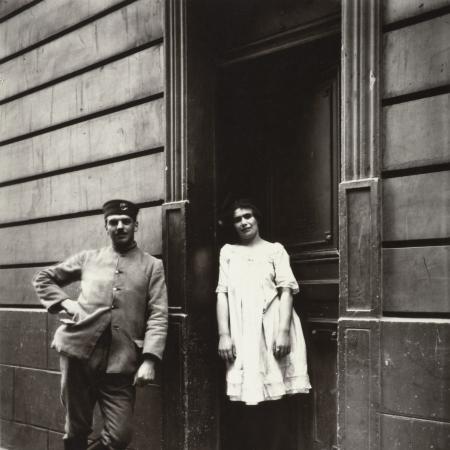 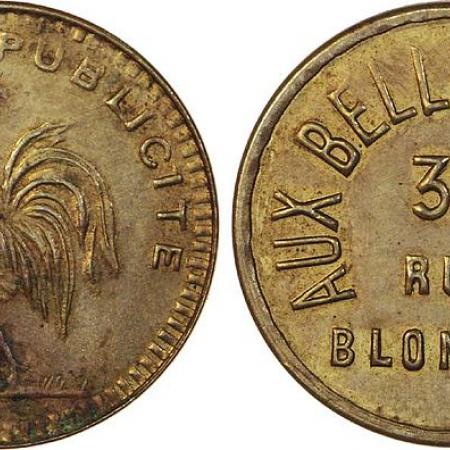 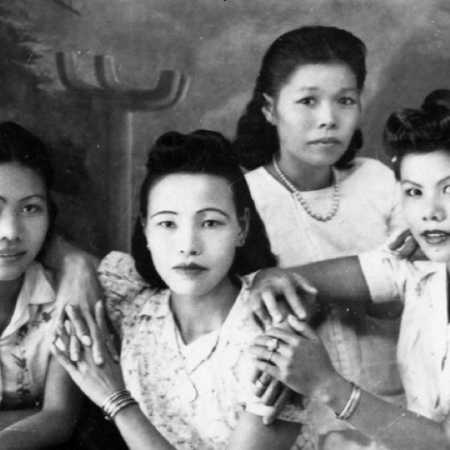 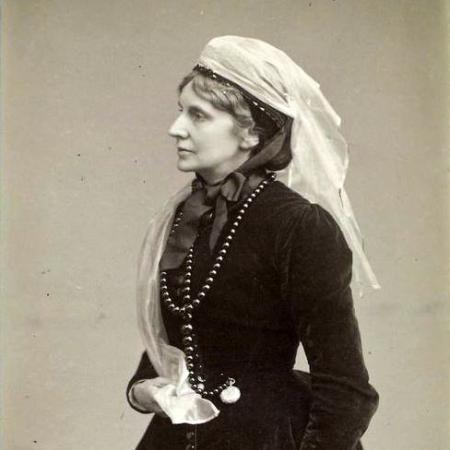